Where to Stay in Southern Corfu

Greece Travel Secrets recommends where to stay in southern Corfu, including hotels in Moraïtika, Paramonas, Messonghi, Agios Georgios, and near Benitses. 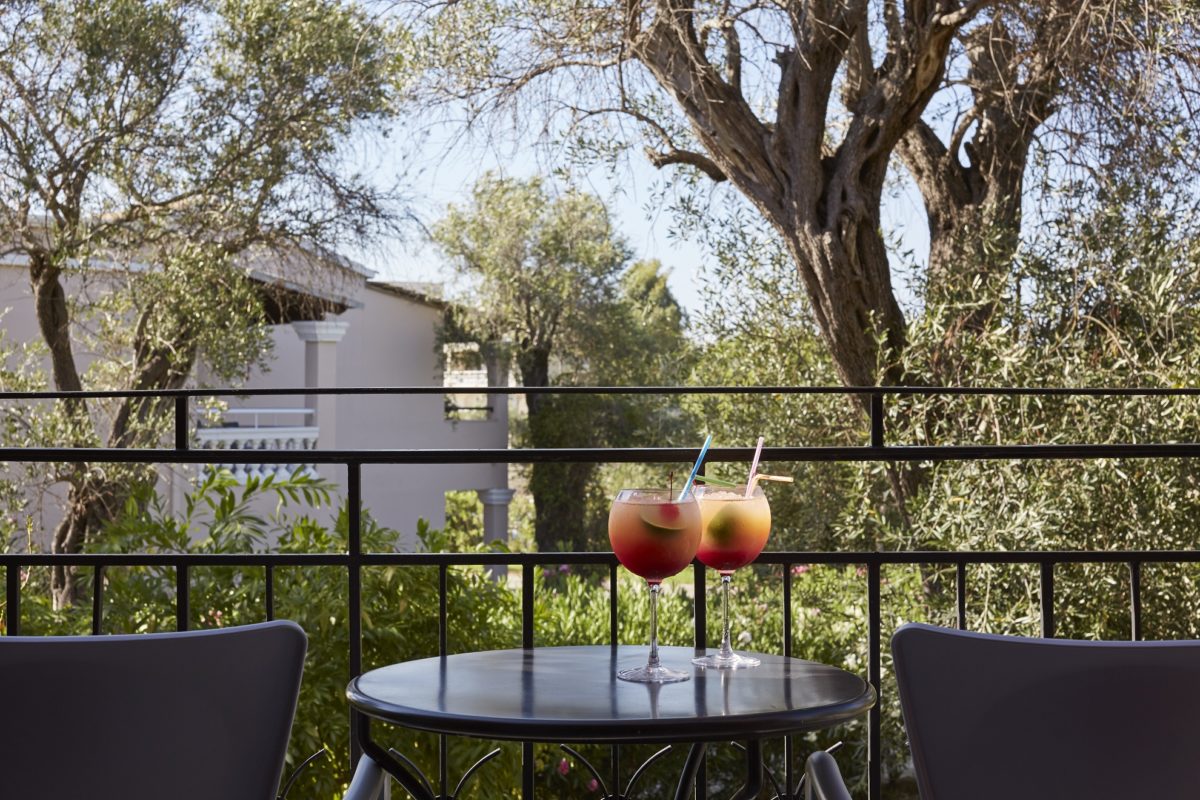 The Sentido Apollo Palace is an impressive and inexpensive option for the popular resort of Messonghi, its rooms mostly being in individual units spread around the large and lush gardens, almost like living in a little Greek village. It even has its own small church, but more conventional amenities too like swimming pools, bar, and restaurant. It's also right by the beach, which is reached by a pleasant stroll through the grounds. 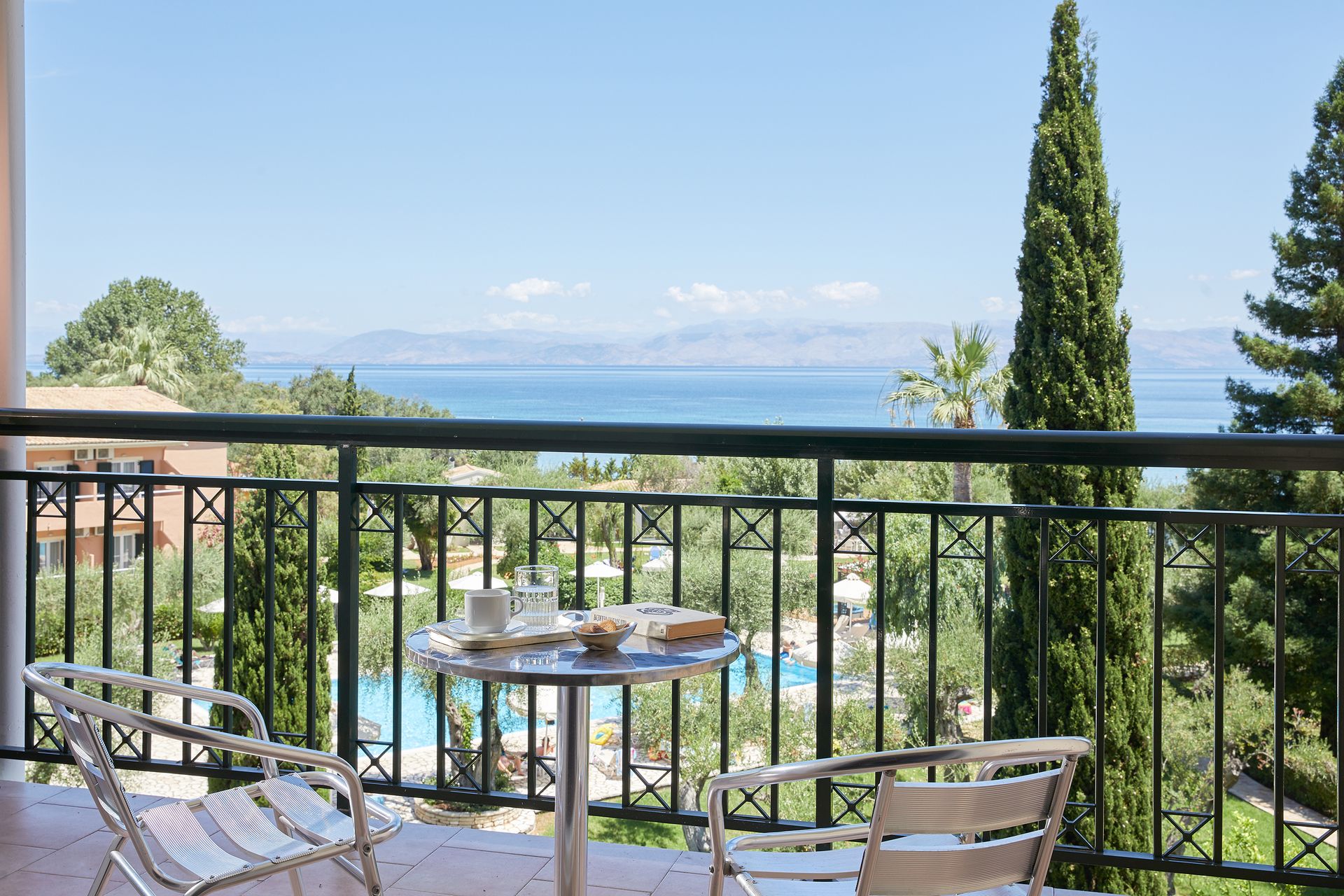 The Delfinia comprises three separate buildings all more or less facing the sea across trees and green lawns, and only five minutes from the centre of Moraïtika. There are a couple of pools, tennis courts, water sports at the beach, lots of indoor and outdoor activities for children, bars, and restaurants: in fact you hardly need leave the grounds. 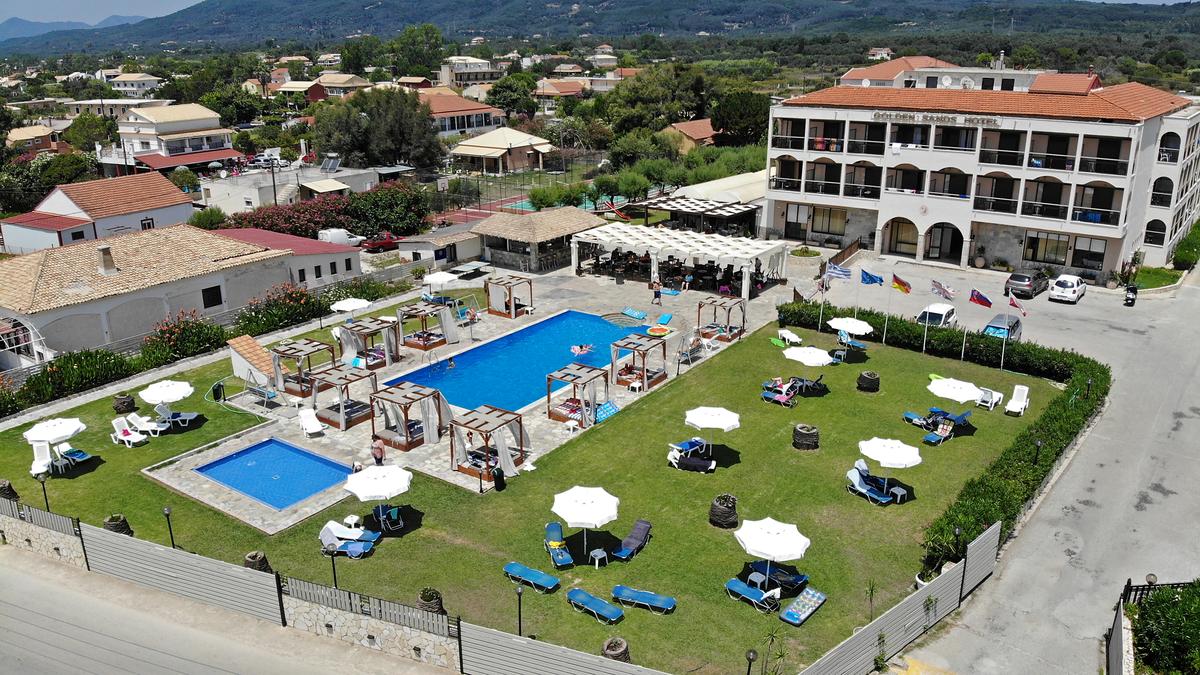 Right by the beach in Agios Georgios that gives the hotel its name, most of the rooms at the Golden Sands have a view of the sea. All rooms are done out in modern hotel-style, nothing fancy but clean and comfortable. They all have fridge, TV, air-conditioning and direct-dial phones, and the hotel, which is about five minutes from the centre of town, provides two pools, a children's playground, bars, a restaurant, and Greek dancing on summer evenings. 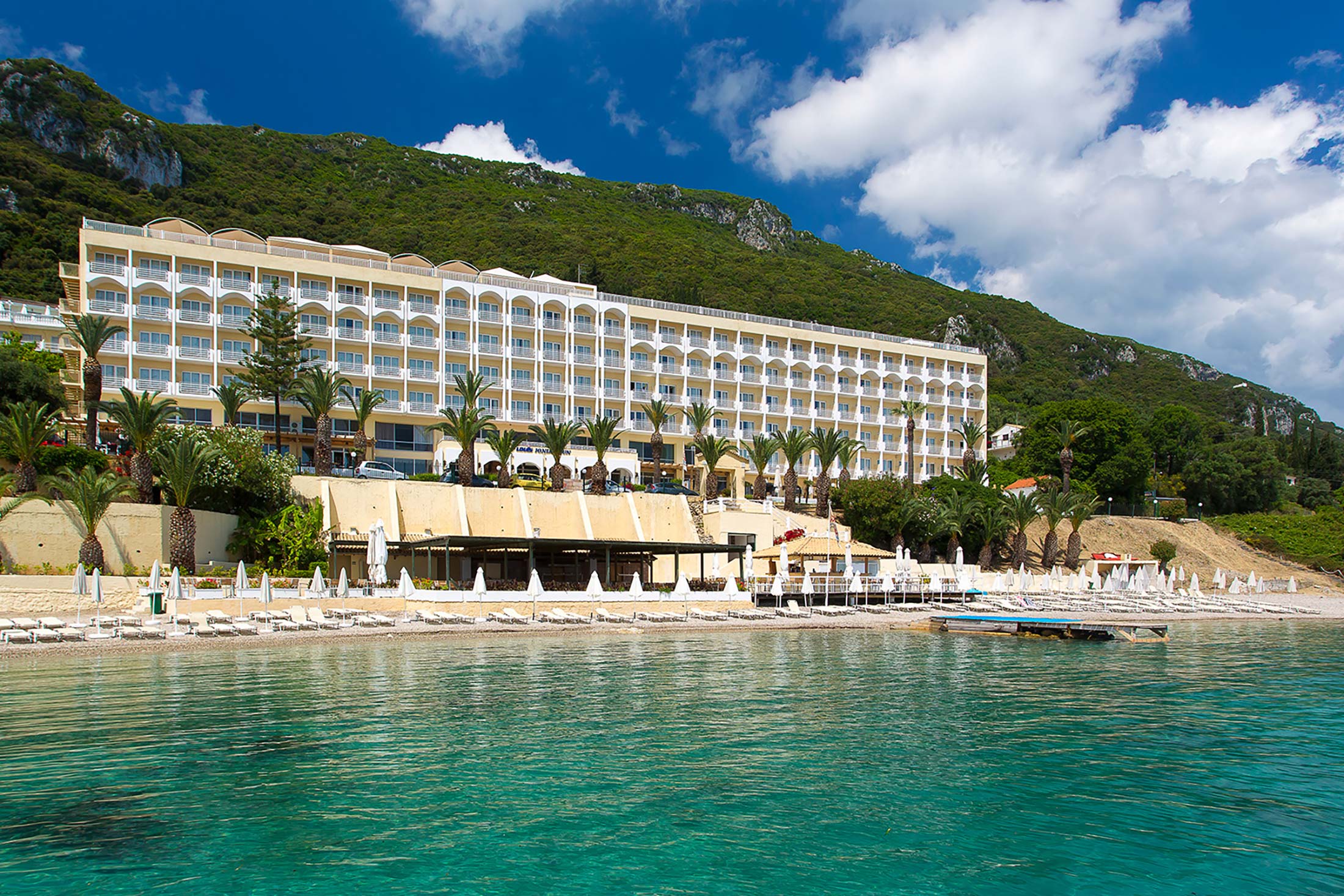 The Louis Ionian Sun is in Agios Ioannis Melitieon, a 5-minute drive south from Benitses. It’s a 4-star all-inclusive hotel that stands above the road overlooking a beach and the sea, and with wooded hills all around. It’s got two pools, a waterpark, a tennis court, other sporting facilities, organized children’s activities, a mini-market, and many other facilities. 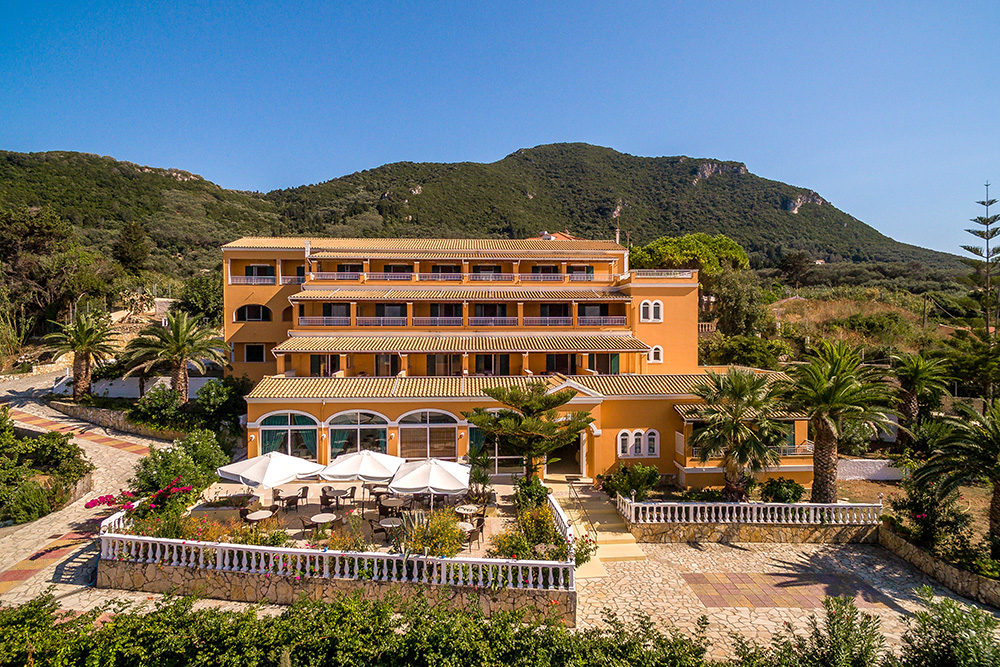 In the as-yet hardly developed little bay at Paramónas, with just a few tavernas and a sprinkling of low-key accommodation for company, the lovely spacious Hotel Paramonas is separated from the sea by a hundred metres of vines, vegetables, palm trees, and colourful flowers. You walk from the car park over a bridge that crosses a stream, which at night is filled with the sound of frogs... and a few ducks from a nearby house. It's a modern property in which there are 22 very spacious rooms, 20 with sea views and balconies, and two more suites at the back, which are even bigger and with private terraces. It also has a bar, with breakfast served inside or on the front terrace.