Where to Stay in North-West and Central Corfu

Greece Travel Secrets recommends where to stay in north-west and central Corfu including luxury mansions, inexpensive rooms, and resort hotels. 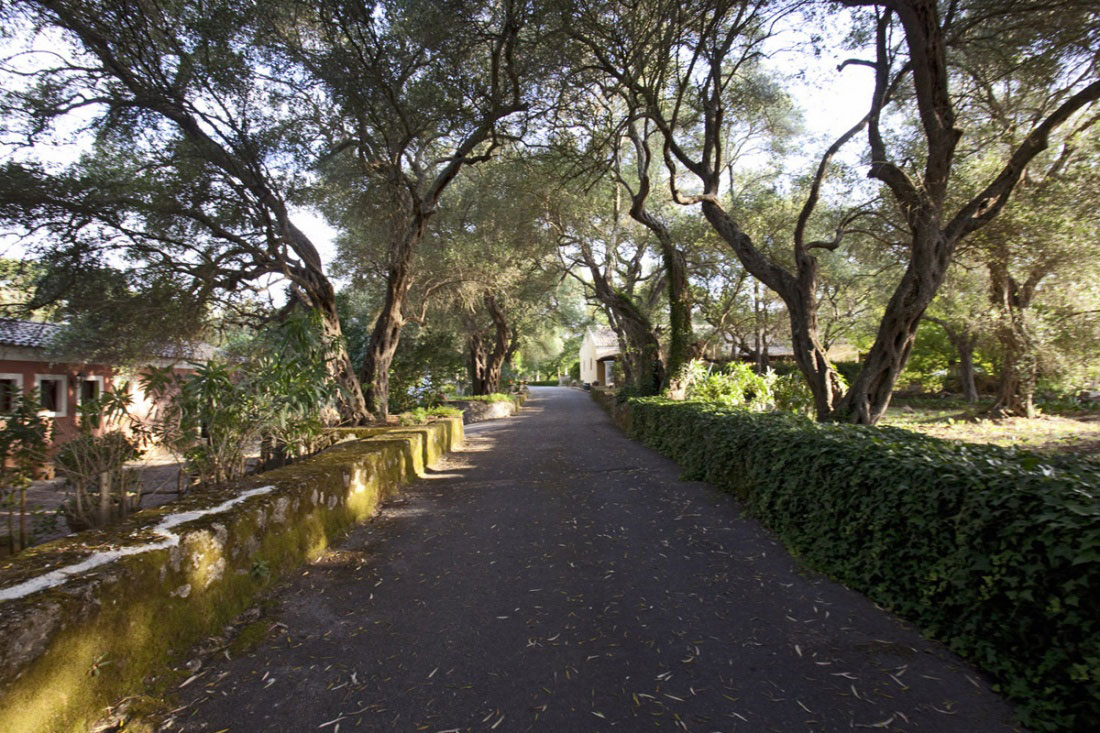 In a wonderful setting on wooded slopes looking out over one of Paleokastrítsa's beautiful bays (with a path leading down to the pebbled beach and watersports), the Akrotiri Beach Resort Hotel makes a great base for a stay here. It's only a short walk to the centre, but everything is on site for those lazy days: pools, restaurant, bar, tennis courts, shops. 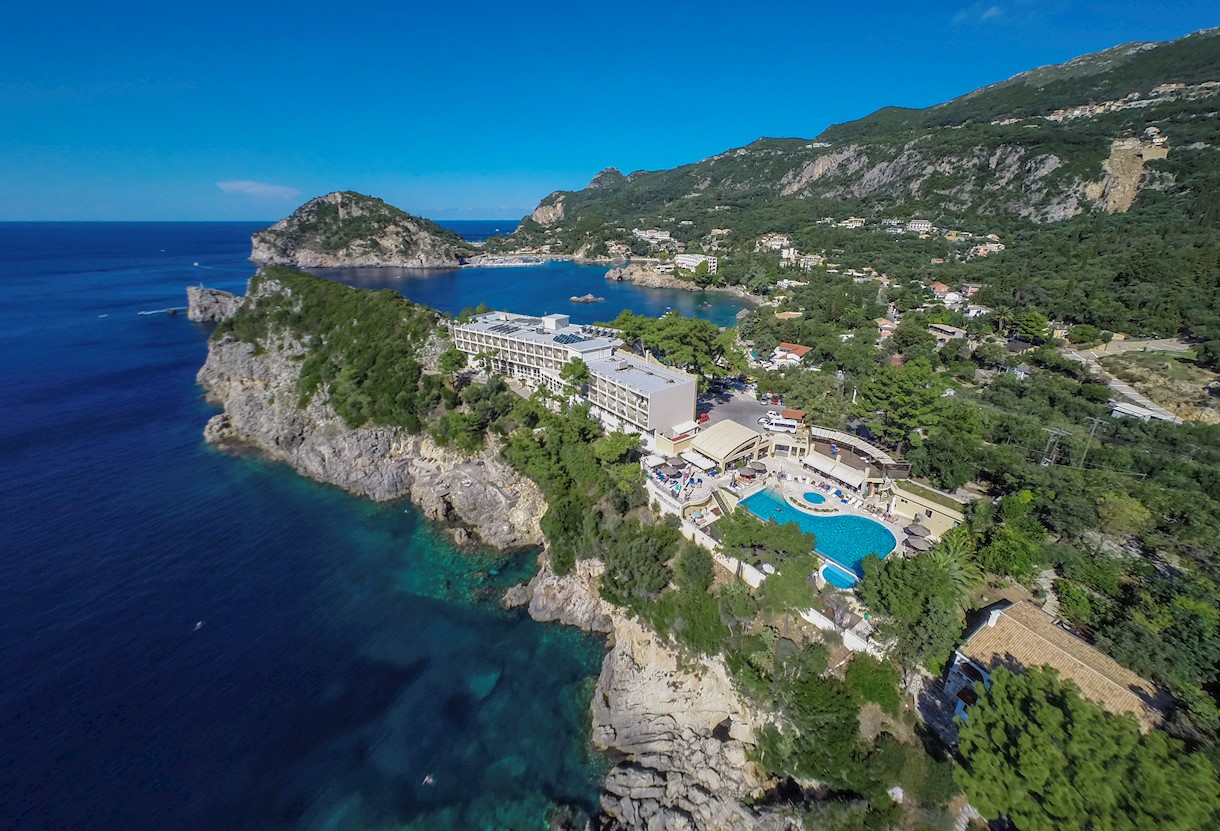 A lovely setting in the little bay at Liapádes for this inexpensive and charming hotel, whose buildings are terraced into the hillside behind the beach. The Blue Princess Beach Resort has a very friendly feel, and as well as being right on the beach, it has both a seawater and a freshwater pool, two restaurants and indoors and outdoors bars. The 140 rooms are spread out among fairly low-rise bungalow buildings spread around the palm-filled grounds.

Select set of villas in a fabulous location about 4 km (2.5 miles) from Paleokastritsa and overlooking the Ropa Valley. Fundana Villas is a 17th-century Venetian mansion, once the home of an artist, has been tastefully converted into a mix of apartments, studios, bungalows, and suites. 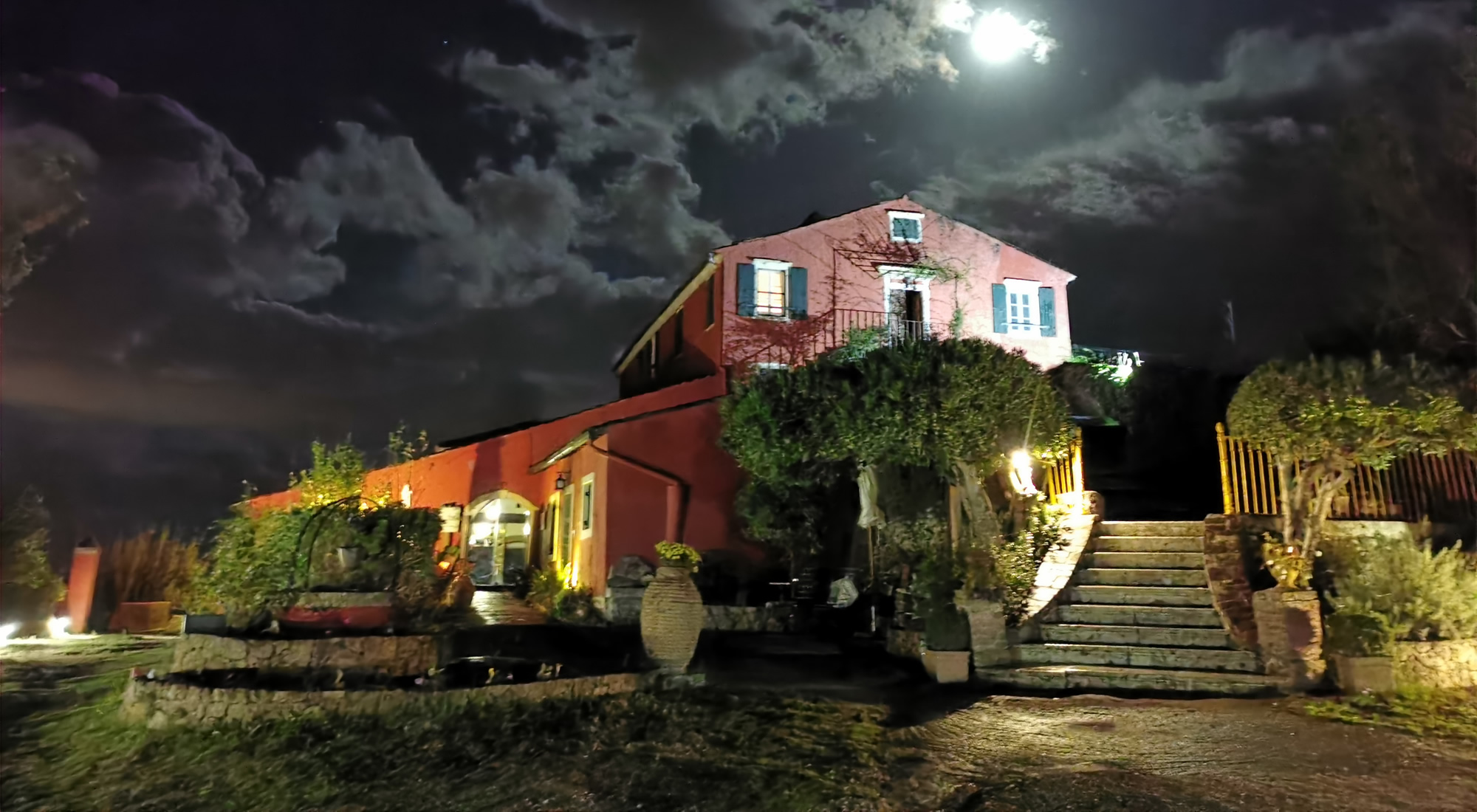 There’s also a small olive press museum incorporated into the villas, which offer guests a bar and a library too. The main strawberry-pink villa was used for filming the BBC TV series of Gerald Durrell’s My Family and Other Animals. A truly delightful place. 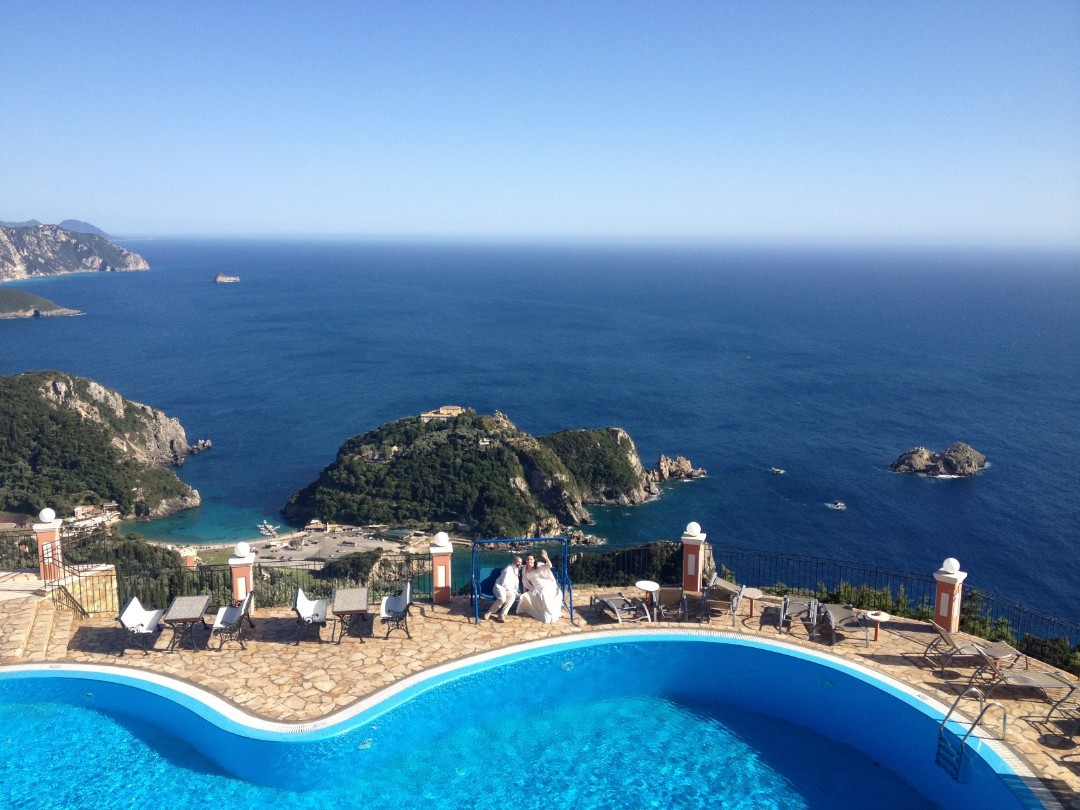 Easily one of the best located hotels on Corfu by a long way, the Golden Fox is built on a headland north of Paleokastritsa and provides breathtaking views. Family-owned, the place is a haven with studios and suites, most with the same stunning views (some have side views of the sea) plus fridge, TV and phone. There is also an excellent restaurant, with shops next door in the traditional village of Lakones. 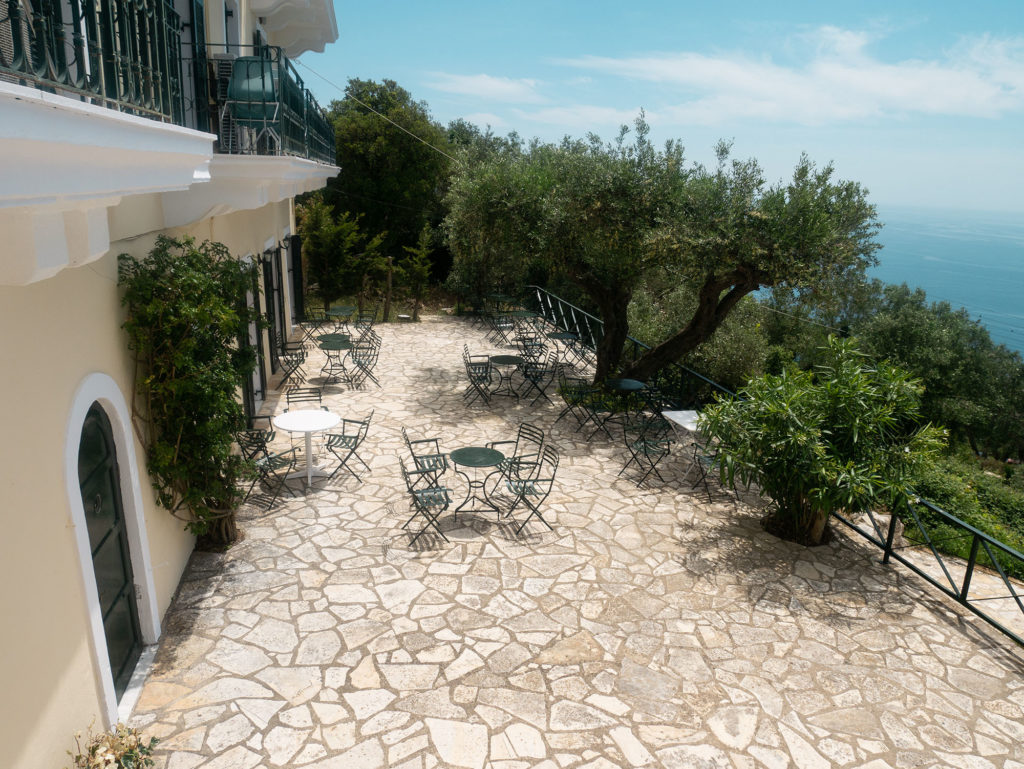 Right by the viewpoint known as the Kaiser's Throne in Pelekas, and sharing its magnificent views, the Levant Hotel is a romantic hideaway in a very peaceful location. The décor is old-fashioned and romantic too, but the facilities are fully modern – swimming pool, TV, direct-dial phones, the Sunset Restaurant, and a terrace making the most of those views. 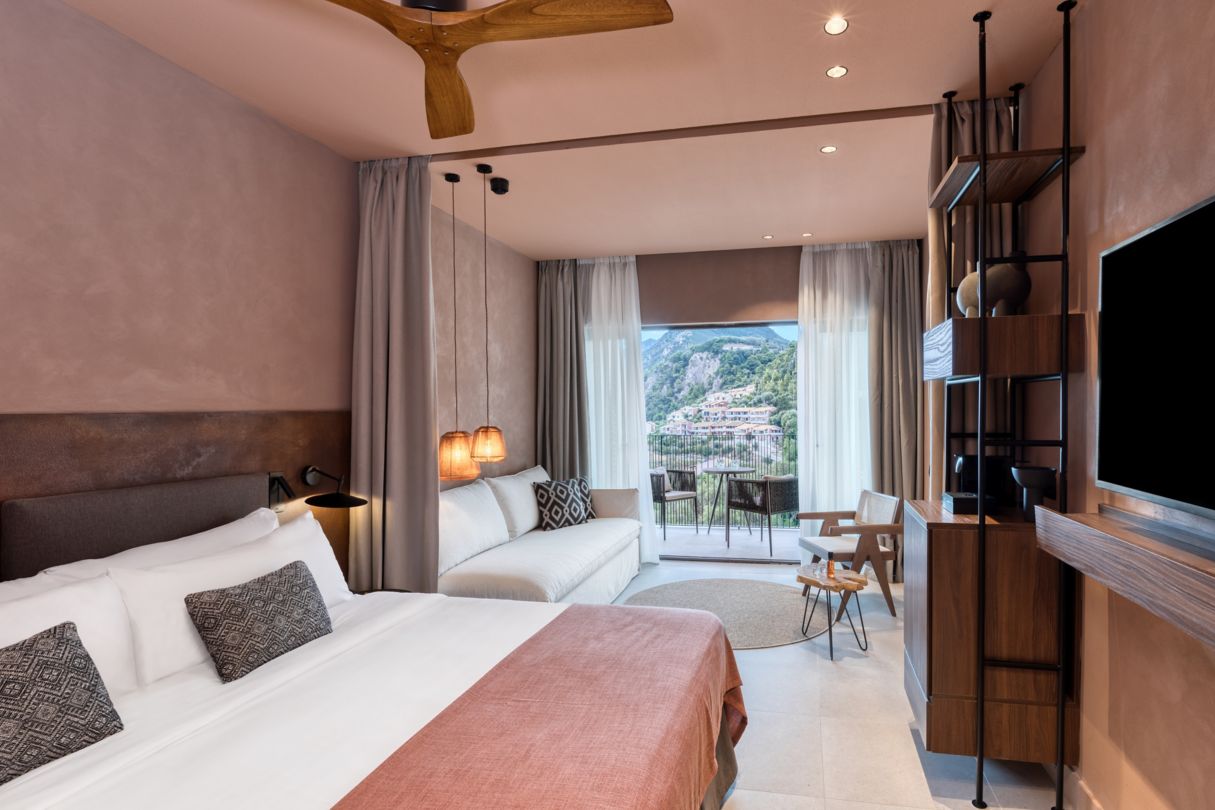 Domes of Corfu is a magnificent classic-style luxury hotel, whose rooms also have the classical look and furniture. There are both suites and regular rooms, although even the regular rooms here are twice the size of most hotel rooms. The gardens are lovely, lush and colourful, leading down to the beach, and there are sports and watersports facilities too, and a choice of restaurants and bars. 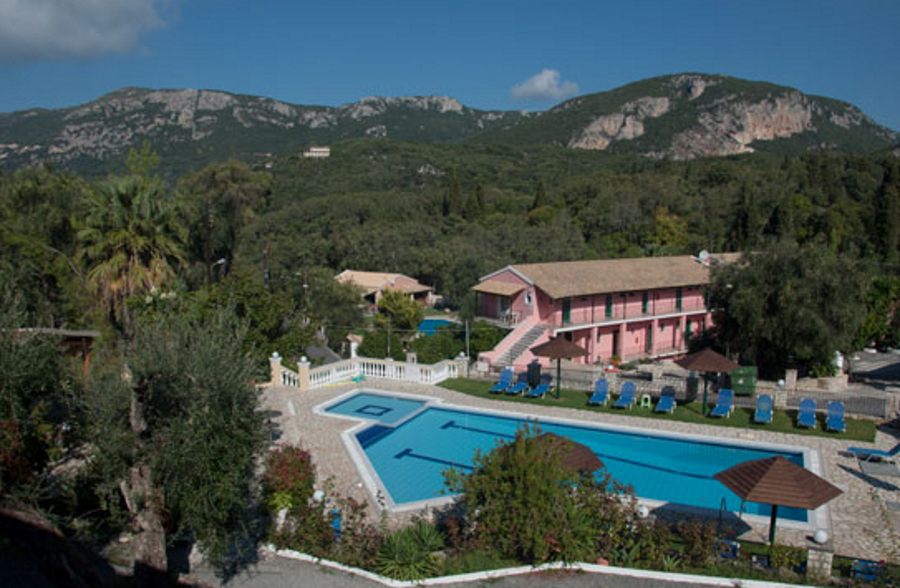 Opened in 1980 in Leopades, this lovely block of rooms is well looked-after by its very friendly owners and staff. The Villa Papoulas has a decent-sized swimming pool with a large shaded snack-bar terrace, with palm trees and bright red geraniums adding to the cheery look. The rooms are a little small but all have wide balconies, and the price is remarkably cheap for the quality provided. 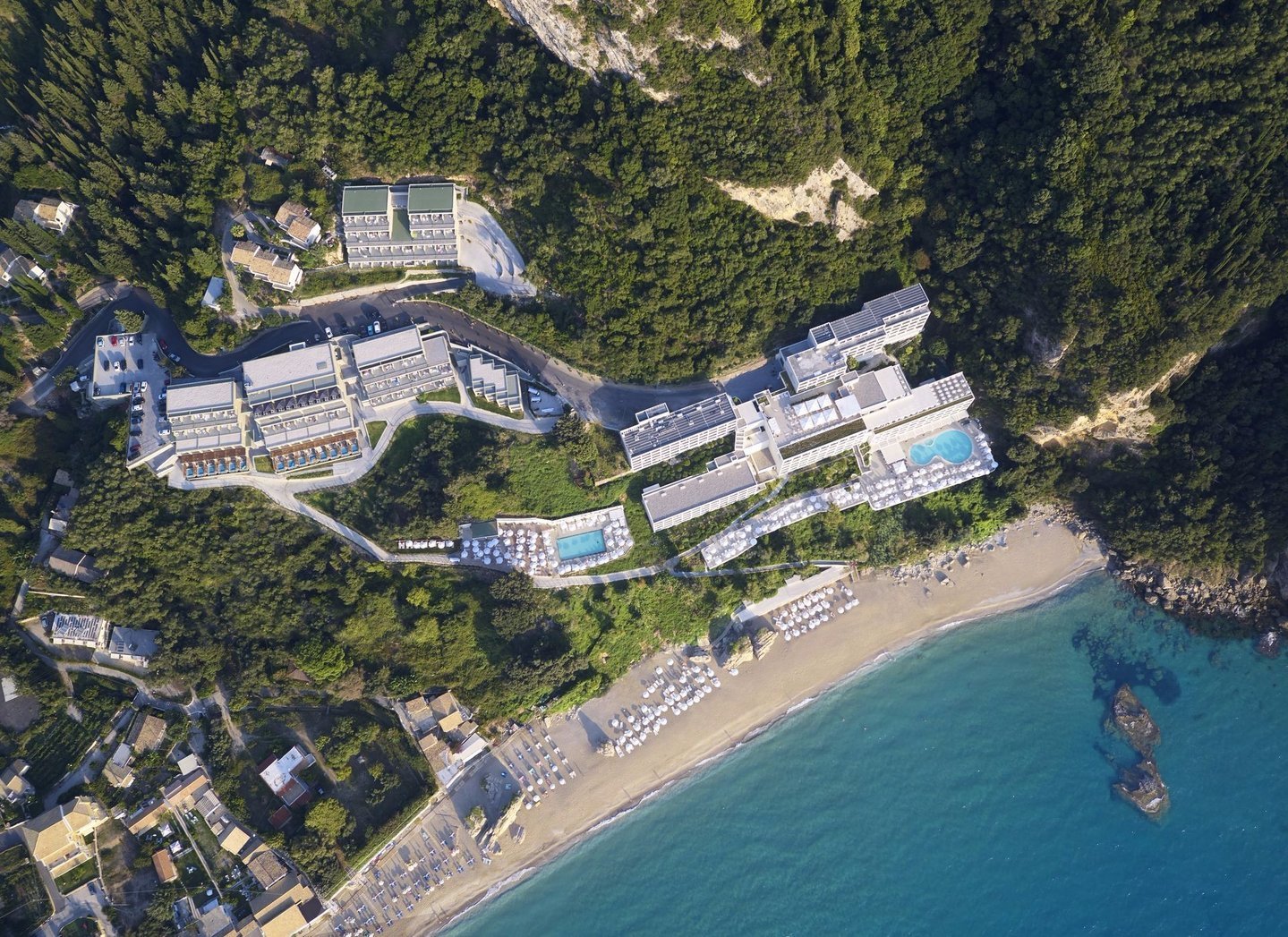 Right by Pelekas Beach, the Mayor Pelekas Monastery has a lift service to take you up to some of the hotel's several levels. There are rooms and suites, some with sea views but all with TV, fridge, air-conditioning and hair dryer, while the hotel also provides a swimming pool, bar, tennis, children's entertainment and watersports facilities. The décor mixes ancient Greek with the modern, which can look a little incongruous but there's no denying the comfort. 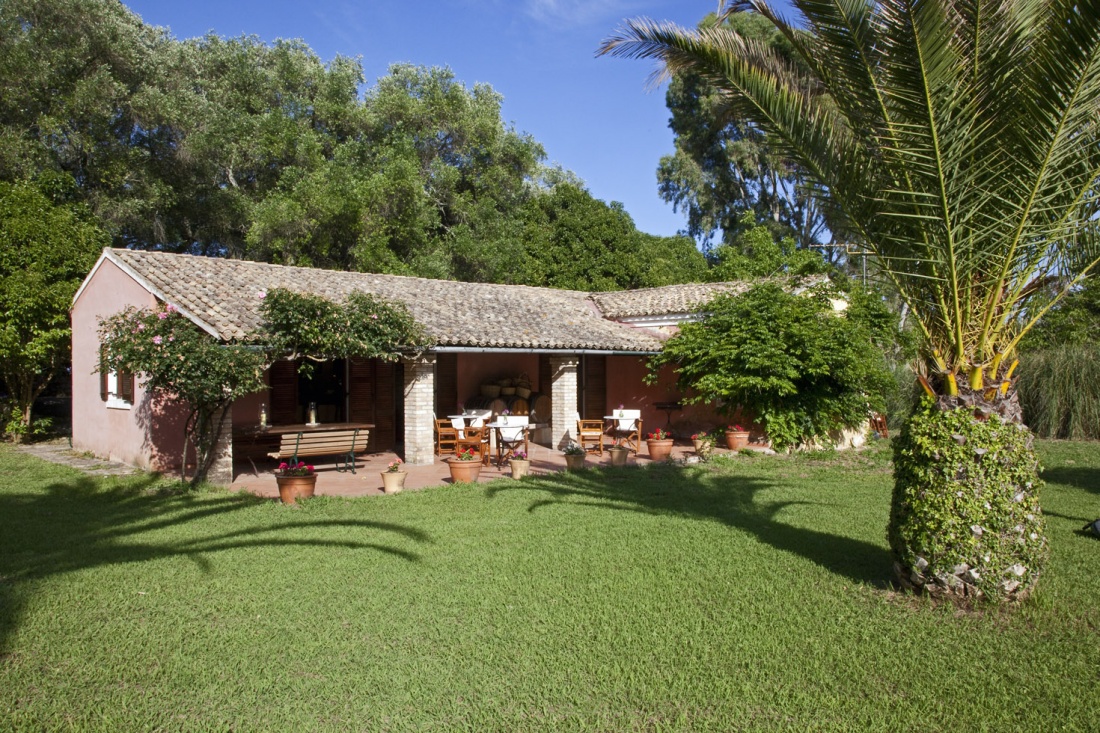 The ultimate in upmarket rural comfort, the Pelecas Country Club has its own heliport and stables for guests bringing their own horses. There are only a handful of rooms and suites, including a Presidential Suite, in 25 hectares (62 acres) of grounds filled with ancient olive trees and a 5-minute drive from the village of Pelekas (the country club has opted for the 'Pelecas' spelling). Some of the rooms in this 18th-century mansion are in the renovated olive press and other farm buildings. All are filled with antique furniture and have a private courtyard. Superb. 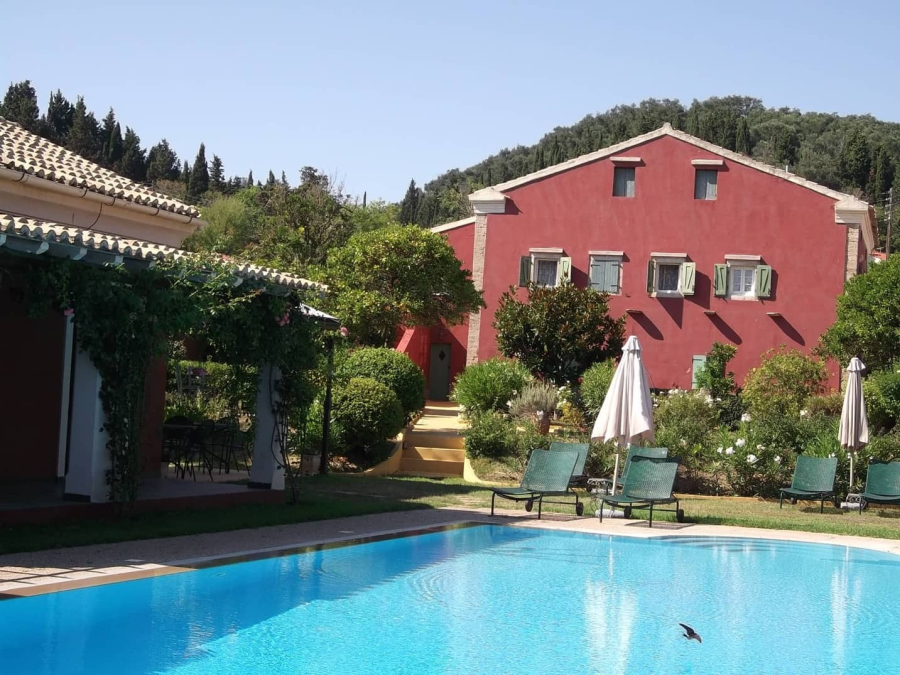 One of the most truly sumptuous rural properties on Corfu, the Villa de Loulia building dates from 1803. The rooms have been decorated to reflect the island's grand historic elegance, and with only nine rooms and suites the hosts can offer little luxuries such as breakfast at any time, in the separate modern building where you will also find a bar and a lounge. There's a pool too, surrounded by idyllic countryside. It’s located in Peroulades.