Sites to See in Corfu Town

The main sites to see in Corfu Town are listed on our main Corfu Town page, and some also have their own pages, but here are some of the other things to see. 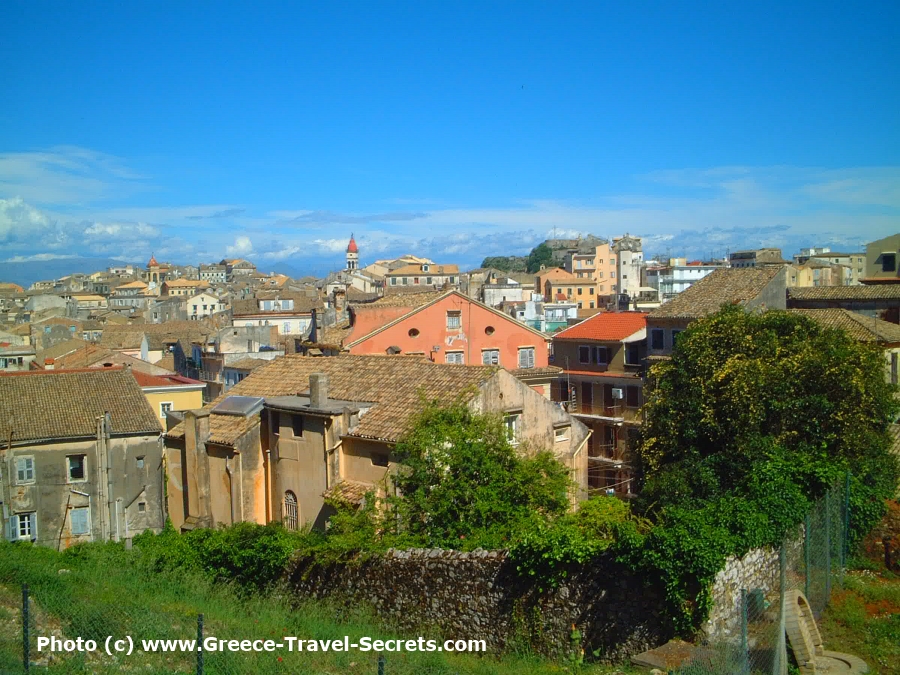 The Corfu Reading Society was founded in 1836 and has its home in an elegant building at the far north end of Kapodístriou, across the street from the Palace of St Michael and St George. Look for the steps going up to where its library is located.

There are 10,000 volumes about Corfu and the other Ionian islands, and although it is not generally open to the public as an attraction as such, because it is a working library still, interested visitors are more than welcome to call in and look inside. Scholars may also apply to consult the library and sometimes there are special exhibitions. There are also newspapers, maps, documents, paintings and photographs housed in the library too. 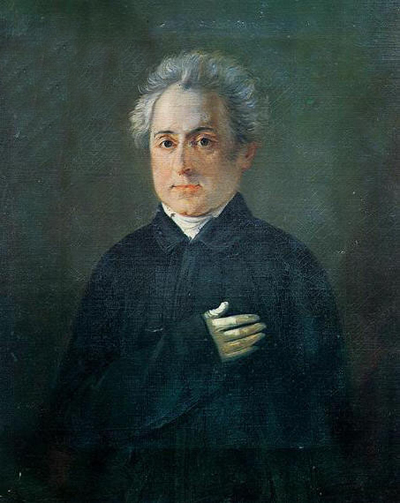 This isn't a museum to attract the average visitor, but Greeks are very proud of their poet, Dionysios Solomos, who died in this house in 1857. He was born on the Ionian island of Zákynthos in 1798 but moved to Corfu in 1828. His most famous work is Hymn to Freedom, part of which was set to music to become the first Greek national anthem.

Here in his former home are photographs, paintings, manuscripts and memorabilia, although most of the information is in Greek only. It's also rather hard to find, in a back street to the rear of Arseniou, near the Byzantine Museum. Ask at the Byzantine Museum if you're having trouble locating it: it isn't well signposted.

The island's Orthodox Cathedral, or Mitrópoli, is in the northern part of the Old Town and stands impressively at the top of a flight of steps. It dates back to 1577 but was not dedicated as a cathedral until 1841. Inside it is rather gloomy, but with a high roof and three aisles it is quite an impressive building.

There is the usual array of icons, the most notable of which is one of St George, just inside the main entrance. The opening hours vary, and while it is mainly open on weekday mornings, and of course for services on Sunday, it can also be open in the afternoons so try the door if passing.

The Venetians began work on the New Fortress (Néo Froúrio) in 1576, almost thirty years after the Old Fortress was built, showing how important the defence of Corfu Town was to them. These days there is not a lot to see inside the walls, although there are sometimes exhibitions and concerts, and there's a café that's mainly open in the summer. 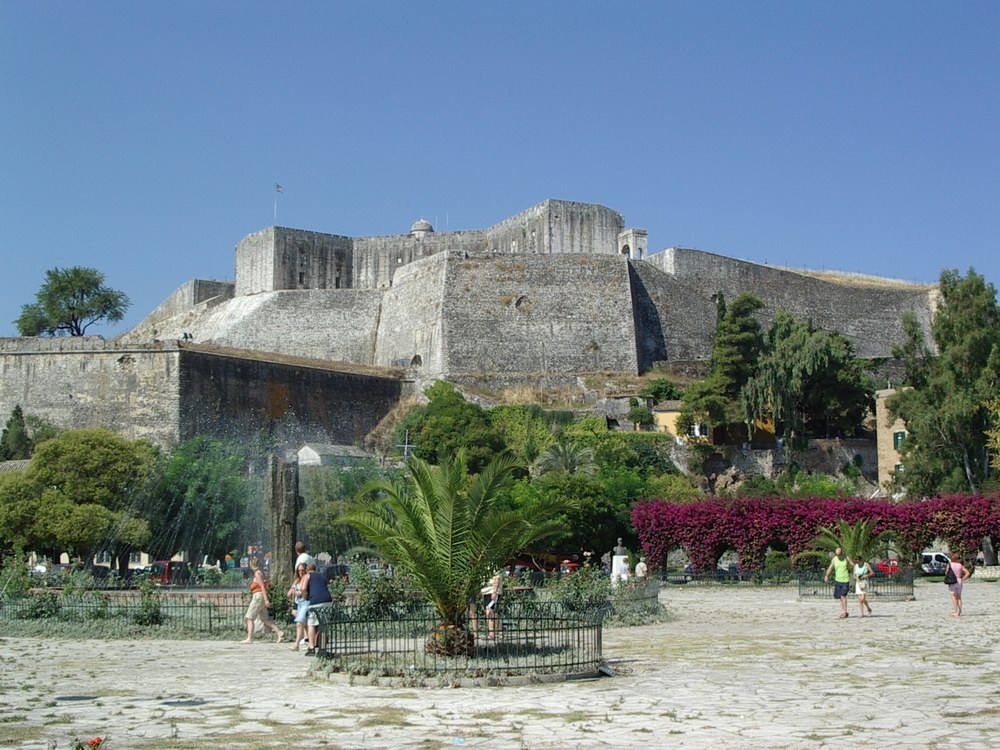 The best reason for visiting, though, is for the views. Just beyond the entrance to the Fortress at the western end of Solomou are good views over the rooftops of the Old Town, and once you have climbed to the top there are better views across towards Albania and the Greek mainland, and over the Old Port down below.

On the eastern end of the Old Town stands the street known as the Liston, whose name derives from the list of noble people who were, when it was first built, allowed to walk here. It was constructed in 1807 during French rule and designed as a copy in miniature of the rue de Rivoli in Paris, and like the rue de Rivoli it has a mix of coffee shops, restaurants and souvenir shops.

It constantly buzzes, day or night, with local people meeting friends, reading newspapers, chattering on mobile phones or simply having a coffee. Your drink will cost more here than elsewhere in town, but people think it worth it for the atmosphere.

The Spianáda or Esplanade is the pleasant park that is such a focus of life in Corfu Town. The northern half is bordered by the Liston to the west, the Palace of St Michael and St George at its northern end and the Old Fortress to the east. Originally the whole area was a parade ground for the Venetian army. Later the northern part was used as the town's cricket pitch, but recently the need for parking has cut into the green space so it is only half the size it once was, and few cricket matches are played here these days (see our Corfu and Cricket page).

The southern half of the Spianáda is still very pleasant, though, with an impressive fountain, flowers, greenery, paths and seats, a bandstand used for concerts in summer and at the far end a curious but attractive round building. This is the Maitland Rotunda, built in 1816 as a memorial to the first British Lord High Commissioner to Corfu, Sir Thomas Maitland.

On the northern side of Plateía Dimarcheío is the elegant Town Hall, built of white marble from around Mount Pantokrátor. It was put up by the Venetians in 1665 as a single-storey building to be used as an assembly room. In 1720 it became the San Giacomo Theatre, showing the cultural enthusiasm that has always existed in Corfu Town. 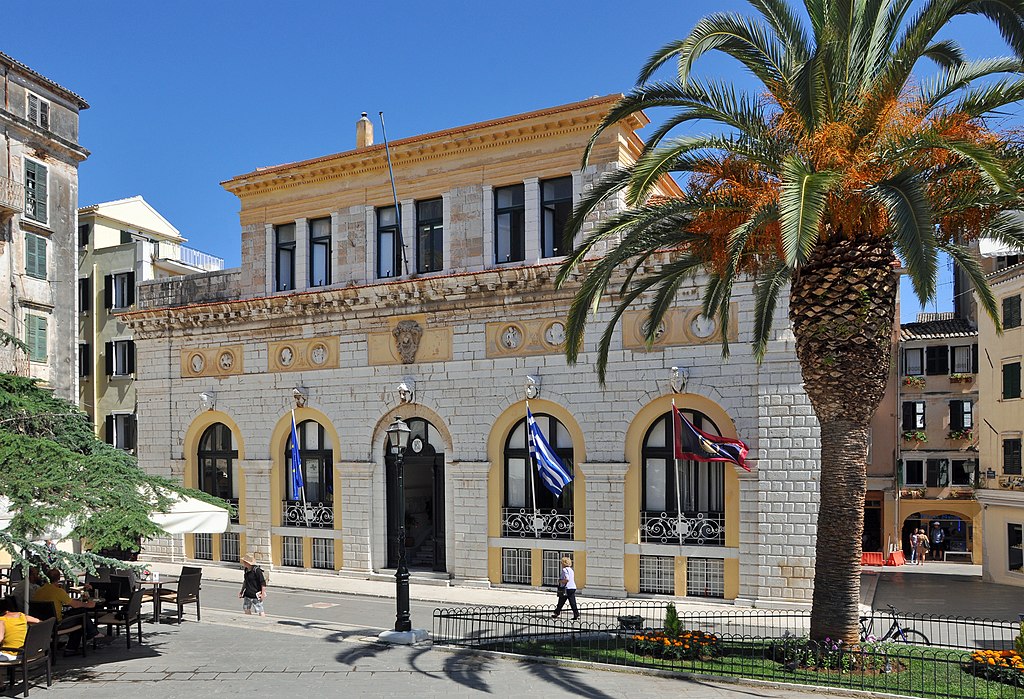 The building only became the Town Hall in 1903 under the British, who built the upper floor in perfect keeping with the harmony of the building. It is not open to the public but the outside can be admired from this pleasant little square.

To the west of San Rocco Square and a not particularly pleasant 10-minute walk due to the traffic is the peaceful oasis of the Monastery of Platitéra. To be strictly accurate it used to be a convent, and it is no longer in use as such but it is open to the public and used for services.

The traffic noise does at least recede a little as you enter the whitewashed courtyard with its large palm trees, and an archway luring you beyond to the main buildings. It is extremely small and there is not a great deal to see. The dimly-lit church was first built in 1743 but destroyed by the French when attacking the island and rebuilt in 1801.

There are some tombs of notables to one side of the church, but the most notable of all is hidden away behind the altar screen and not readily accessible unless one of the attendants is willing to let you see. It is the last resting place of Ioannis Kapodistrias, who was born on Corfu and in 1827 became the first President of the modern Greek state.

From San Rocco Square follow the airport road for a few minutes, and down a side street on your left is the easily-missed entrance to the British Cemetery. As well as a burial place for the island's British residents, and some of those who died in combat defending Corfu, this is a real treat for the nature lover, especially the botanist.

At the right times of year you will be greeted by a little hand-written sign from the caretakers: 'please be careful not to tread on the wild orchids'. Almost 30 species have been found here, and less exotic plants such as roses, pansies, ferns, fuchsia, poppies, and lilies are all here in abundance, along with the birdlife that these also attract. It is a suitably peaceful and dignified resting place for the people buried here, and some of the tombstones give moving glimpses of the lives they commemorate.

The Church of Saints Jason and Sosipater

Tucked away in the southern suburb of Corfu Town called Anemomílos, but easily visited if you are walking out to see Mon Repos, is this, the only complete Byzantine church on Corfu. One of the frescoes on the walls has been dated back to the 11th century at least, so the walls and other parts may well be even older, and it is still very much in use today, a thousand years later.

The two saints to whom it is dedicated were both bishops and followers of St Paul, and brought Christianity to Corfu in the 1st century AD. The church's tiled roof, ancient brickwork, bell tower and dome are all compressed into a tiny space, very photogenic from the outside and very atmospheric within. The frescoes shouldn't be missed.

Palaiópolis means 'old town', and it is here that the oldest remains in the area have been found. There is no set focus to it, but several scattered sights in and around the grounds of the Palace of Mon Repos. The most noticeable remains are directly opposite the entrance to Mon Repos, the church of Áyia Kérkyra. This is the saint who provides the Greek name for the island of Corfu: Kérkyra.

The substantial walls still stand toweringly high, and parts date back as far as the 5th  century, even though they have been knocked down and rebuilt several times over the centuries. It stands where a 5th century BC pagan temple once stood. Other parts of Palaiópolis are harder to get to and not as rewarding, and in any case should be seen only after a visit to the museum in Mon Repos, which lays out the history of this whole area splendidly.