The church of Saint Spyrídon (Ayios Spyridon) in Corfu Town is a must-see site and contains the silver casket of the island’s patron saint. 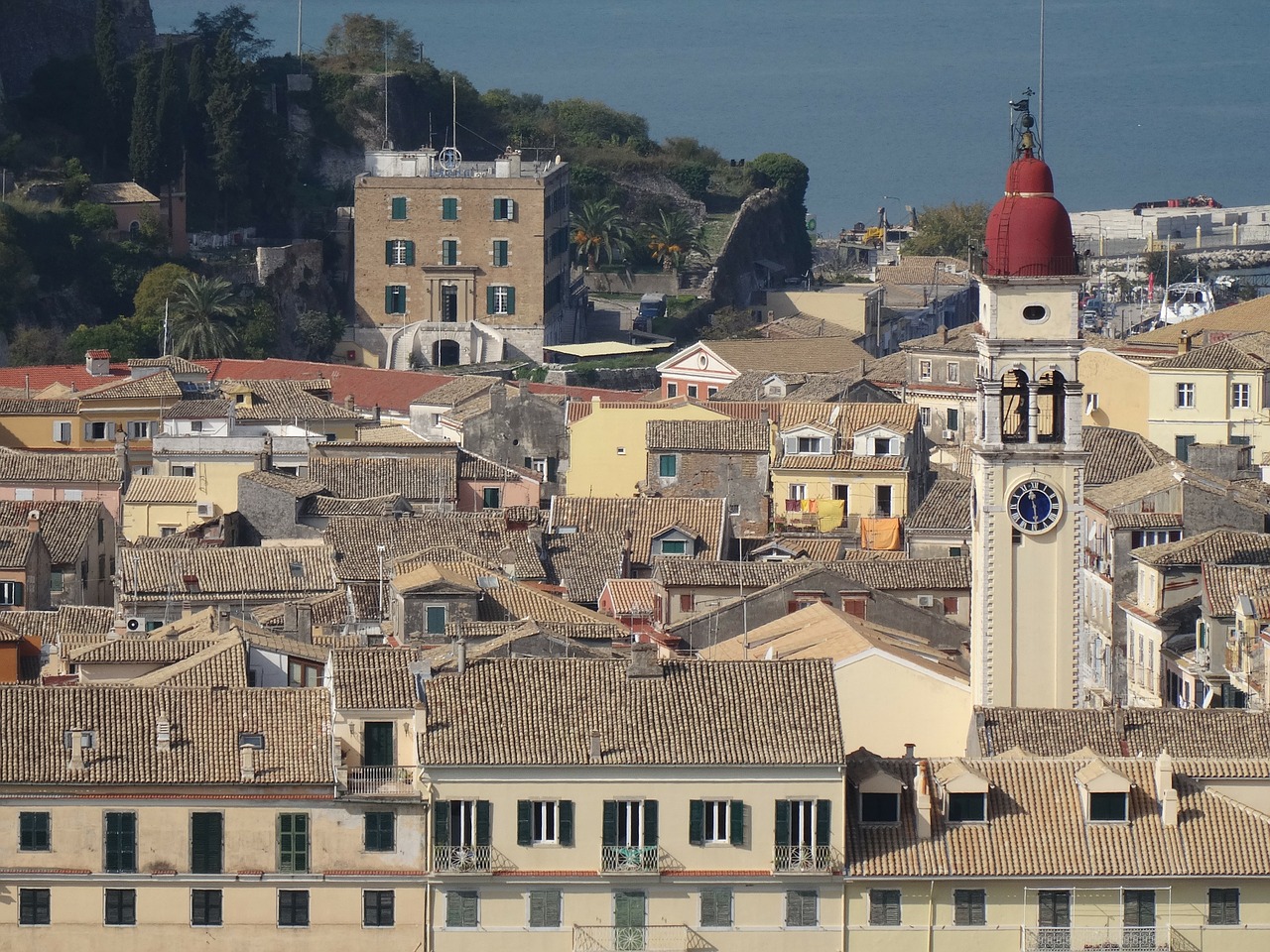 Always busy with locals and visitors, this church seems surprisingly small considering its importance: it houses the relics of Saint Spyridon, Corfu’s patron saint. It is richly decorated with icons, frescoes, silver and gilt ornaments, and the elaborate coffin of the saint himself.

Born on the island of Cyprus, Saint Spyridon was a shepherd who became a monk and a bishop. He was credited with many miracles before his death in 350 AD. After the fall of Constantinople (now Istanbul) his remains were brought to Corfu in 1456, and a church was built to house them. It was later torn down, and the present church was built in 1590. Its red-domed bell tower is the tallest on the island, a landmark of Corfu Town.

The church’s plain facade belies the ornate interior. It contains a splendid iconostasis, or altar screen, made of white Cycladian marble. Set into its upper panels are scenes of the Annunciation, the Last Supper and the Transfiguration, as well as numerous religious figures.

The stunning ceiling murals depicting scenes from the life of Saint Spyridon were originally painted by Panayiotis Doxaras, master of the Ionian School; they were redone in the mid-19th century after the originals were damaged by damp. There are so many silver chandeliers, candelabras and thuribles (incense burners) that the church is said to contain the greatest weight of silver of any church in Greece, outside Tinos.

On the wall to the right of the iconostasis, look for the icon of Saint Spyridon dressed in a brown robe with a pattern of crosses. It was painted in the 18th century by Konstandinos Kondarinis and is one of the finest likenesses of the saint on Corfu.

Saint Spyridon lies in an elaborate silver casket studded with a dozen enamel medallions, in a tiny chapel to the right of the altar. Hanging above it is a forest of silver thuribles, dangling with little silver ships and votive offerings. Spyridon is the patron saint of sailors, protecting them from shipwrecks and helping them to safe harbour during storms.

Dress appropriately. Don’t wear shorts and women should cover their shoulders. Avoid casual visits when services are in progress.

The faithful queue up to kiss his coffin and leave notes with prayers for help. Four times a year and on his name day, 12 December, the coffin is opened to expose the saint’s mummified face, under glass. On his feet are embroidered slippers. Each year he receives a new pair, as the old ones are said to show wear from his night-time strolls around town.

On Palm Sunday, Easter Sunday, 11 August and the first Sunday in November, the saint is paraded through town upright in his open casket. The four processions commemorate the four occasions when he saved the island from disasters: once from famine, twice from plague, and once from Turkish invasion. Throughout the year, the brass candle holder outside the church receives a stream of lighted offerings.