Samothraki (Greek) or Samothrace (English) is a small island in the north-east Aegean Sea with the closest Greek islands being Thassos and Lemnos. 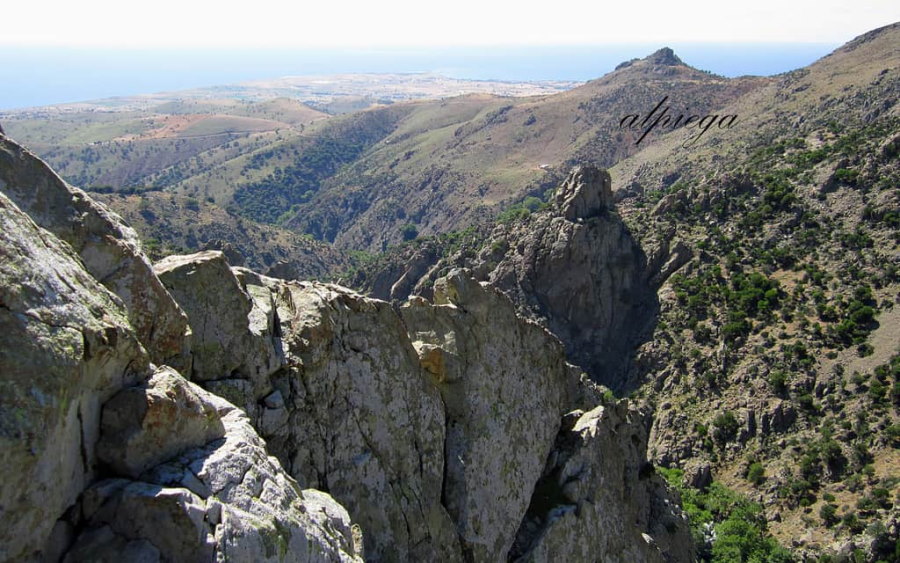 Samothraki is about 40 miles (64 kms) south-east of Thassos, and almost 30 miles (48 kms) north of Lemnos. However, its nearest neighbour is the island of Gökçeada, which is Turkey's largest island and is about 16 miles (26 kms) from Samothraki.

For a small island (just 11 miles (17 kms) long and with a population of fewer than 3,000, Samothraki has a lot to offer the visitor - and not just dramatic scenery. You can tell the nature of the scenery from the fact that its highest point is 5,285 ft (1,611 m), an impressive height for such a small island. This is the peak known as either Mt Saos (its historic name) or Mt Fengari (its modern name). People say that of all the Greek islands, Samothraki is second only to Santorini in terms of its rugged beauty.

Maps of Samothraki, Ancient and Modern

How to Get to Samothraki

Samothraki has no airport so ferry is the only option. At the time of writing there are daily ferries from Alexandroupoli during the summer season, slightly fewer for the rest of the year. You can also get there by ferry from Kavala, with 2-3 ferries per week depending on the time of year. There is also one ferry connection a week with Lemnos, but only in summer.

As Samothraki is a comparatively remote island, it's important to get up-to-date information by using the link below to Ferries in Greece to check current timetables.

What to Do on Samothraki

The capital of the island is the town of Hora (or Chora , and also known as Samothraki). It clings to a hillside with great views down a valley towards the sea and the Sanctuary of the Great Gods (see below). You can walk to the Sanctuary from Hora in just under an hour, though it'll take you longer on the uphill walk back. 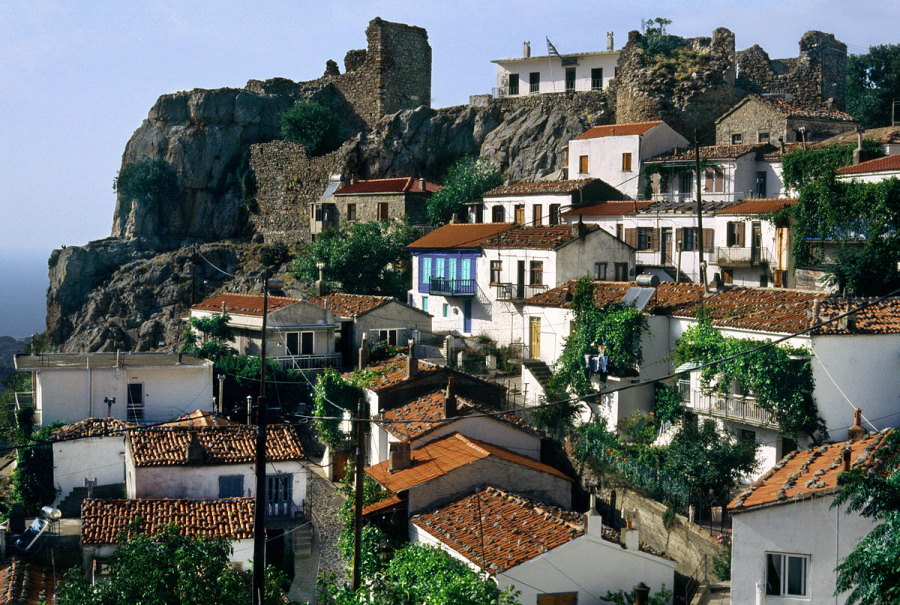 There are some traditional stone houses, some of which have been converted into accommodation, but there aren't a lot of choices here so book ahead, especially for the summer months. There are a handful of places to eat, and a typical Greek Folklore Museum. There are also a few ruins from a 15th-century castle.

Sanctuary of the Great Gods

It's remarkable that this tucked-away little island had such an important site on it as the Sanctuary of the Great Gods, also known now as the Samothraki Temple Complex, and as Palaeopoli ('The Old City'). This site of a religious cult was as well-known in its time as Delphi, though not as significant. 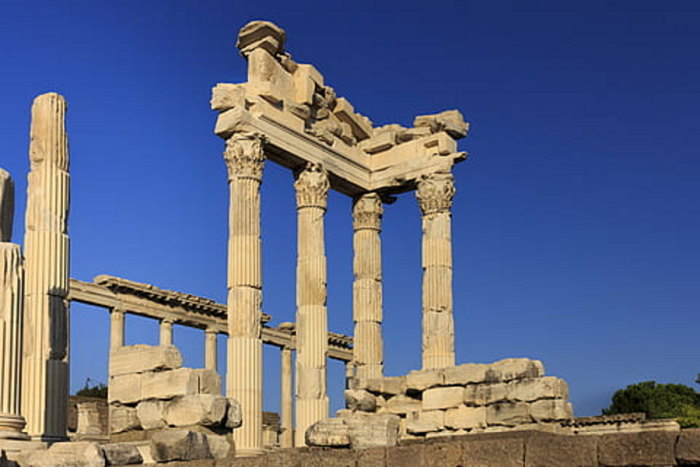 The Temple of the Great Gods on Samothraki

Quite who the Great Gods were is a matter for some speculation, as their names were not allowed to be spoken or written, so secretive was this religious cult. However, it's known that the central figure was a Goddess known as the Great Mother, and offerings and sacrifices were made to her.

It's an impressive site, right by the sea on the north coast, with some temple remains being among the most striking features, and some parts of the site date back to 600BC. It shows the significance of the site that it was still being added to some 800 years later. It helps to have a map or a guide to make sense of it all, and there's also an Archaeological Museum here to help explain everything. 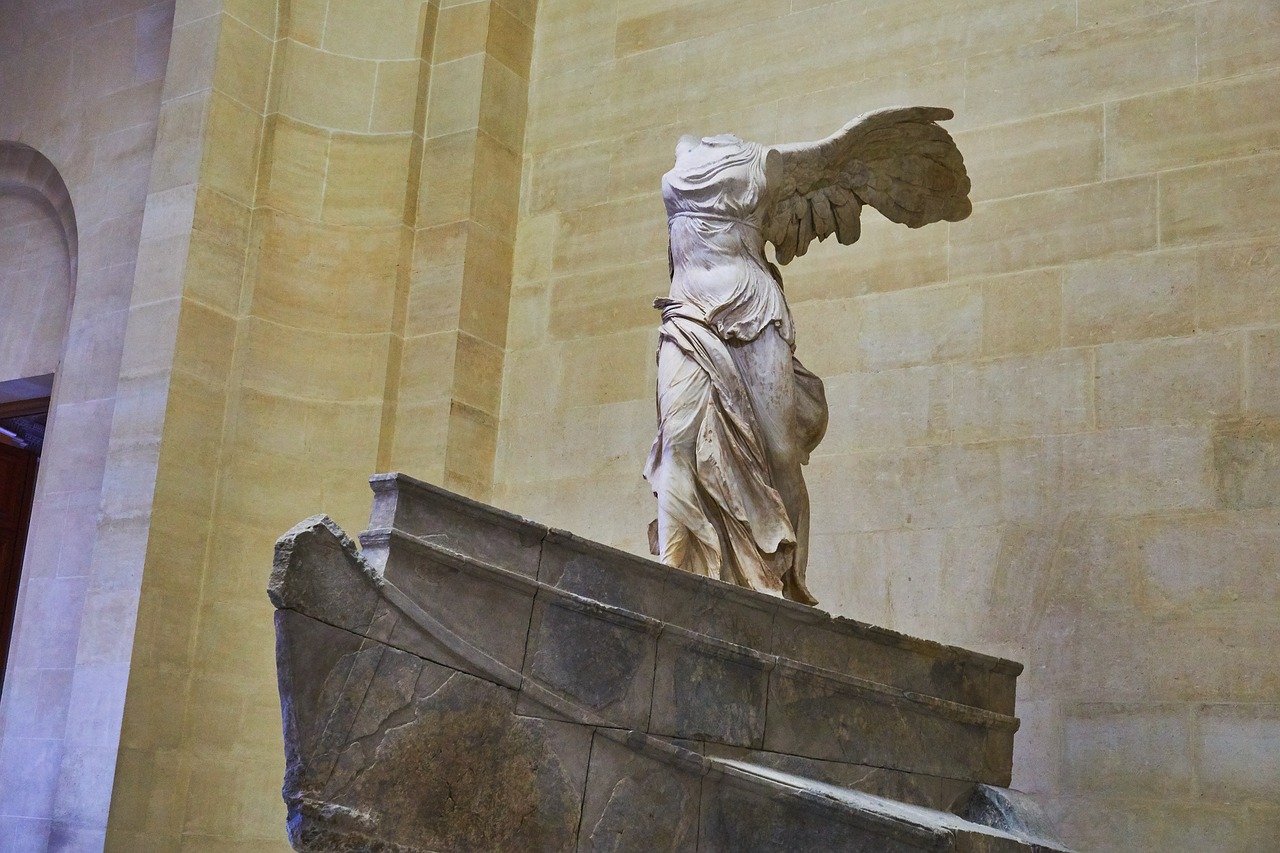 The Winged Victory of Samothraki

If you've been to the Louvre Museum in Paris then you've probably seen the most famous statue that came from the Sanctuary of the Great Gods, the statue now referred to as the Winged Victory of Samothraki, which dates from around 190BC. It's also known as the Nike of Samothraki, Nike being the Greek Goddess of Victory, and was discovered in pieces in 1863 by a French archaeologist, which is how it ended up in Paris.

The best beaches can only be reached by boat, so ask around and see if you can find a fisherman or boat-owner who will take you there and then pick you up again later. 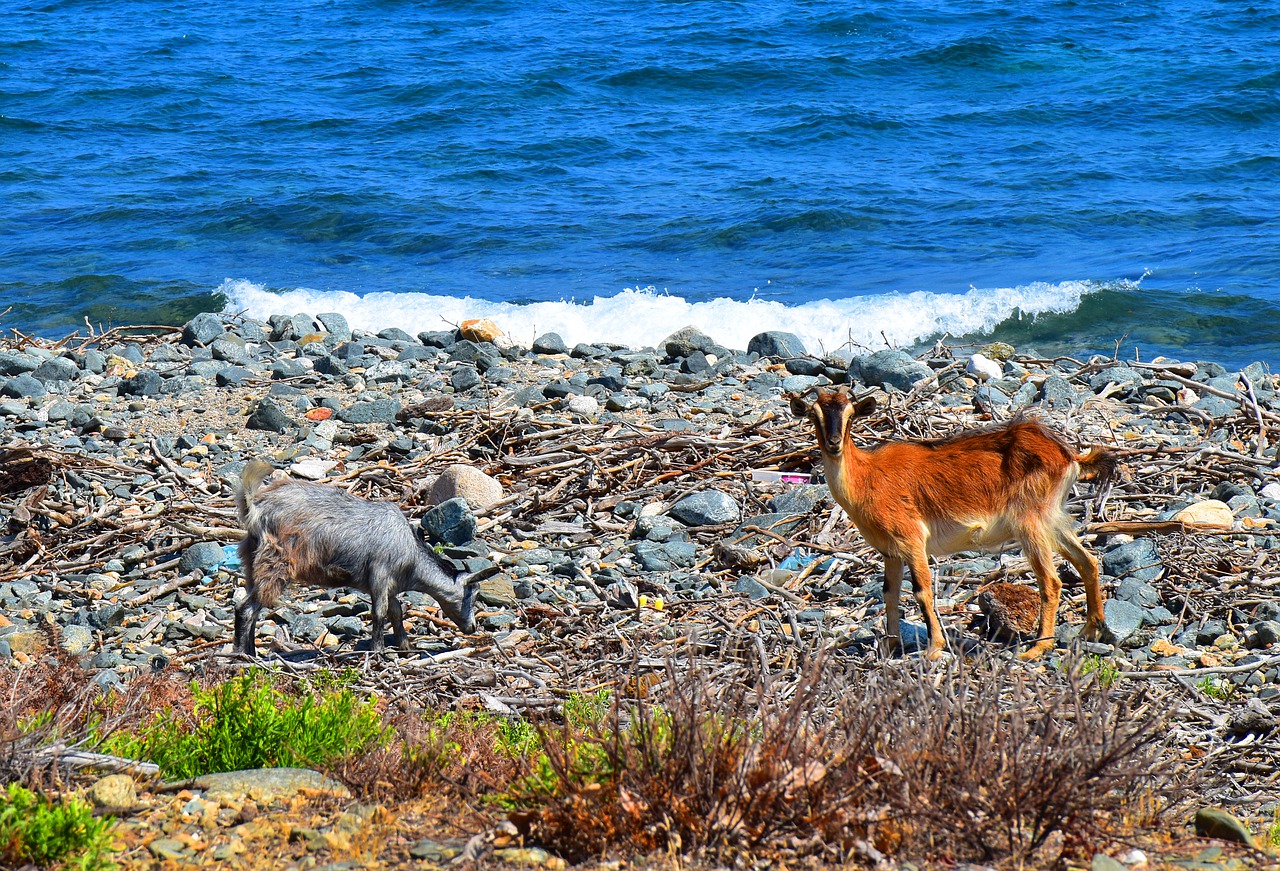 Better than the beaches if you want a cooling dip are the vathres. These are the pools that form at the foot of Samothraki's many waterfalls, and are spread around the island. Just ask where the nearest ones are. It can make for a pleasant walk, as much of the island is wooded and shady, and the vathres are shadier than some of the beaches.

Near the southern tip of the island, the church of Panagia Krimniotissa is an incredible sight, perched as it is on top of a rocky outcrop, its white walls standing out against the deep blue sky. It's like a little island version of Meteora. The church was built in 1887 but had to be renovated after a fire in 1999. 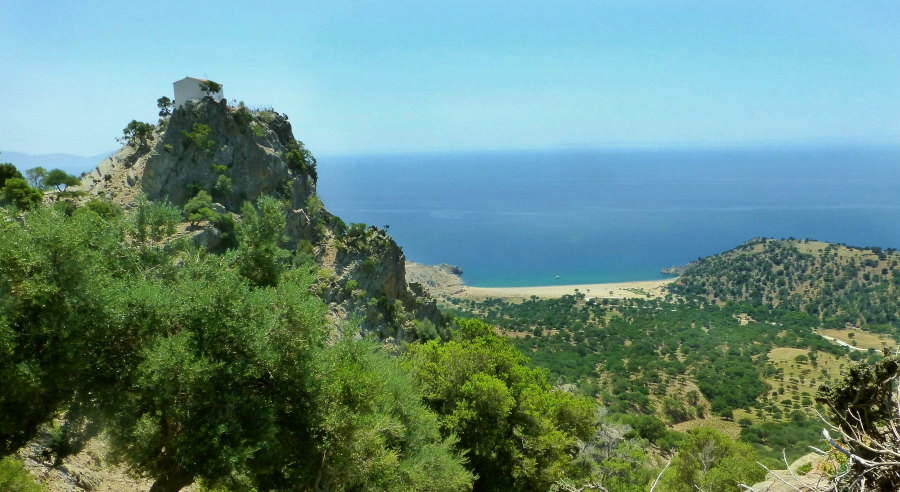 There are great views, and it's a good spot to watch the sunset, but you'd better not be a nervous driver as it's a rough road to drive in the dark. The road up ends at a little taverna, at the foot of the steps that lead up to the church, the perfect place for a drink or a meal, with a view.

Only Crete and Evia have higher peaks in the Greek islands than Samothraki. This is remarkable, given that those are the two biggest Greek islands, and Samothraki is tiny.

If you want to try to get to the top then it is a tough hike, starting from the village of Loutra (also known as Therma) on the north coast. There is a path from the village, and it'll take you about six hours to get up there, and maybe five to get back down again. You should obviously tell someone what you're planning to do, and when you hope to return. There have been accidents, and people have had to be rescued from the mountain due to injuries, or dehydration, so it's not something to be undertaken lightly.

Where to Stay on Samothraki