This is the first travel guide to Schinoussa and Iraklia, two tiny islands in the Cyclades, published by Real Greek Experiences. 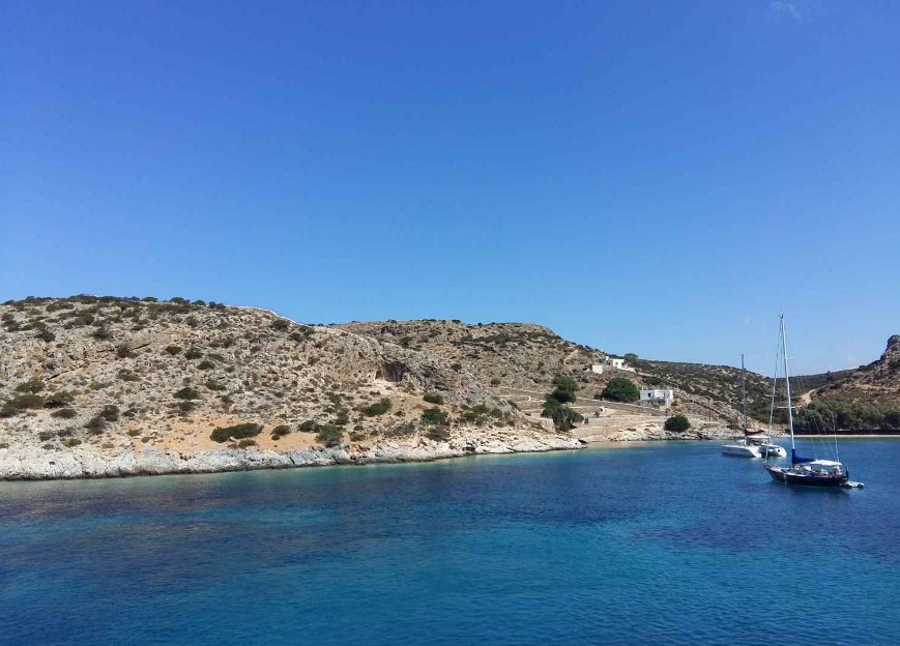 As far as we know there have been no previous travel guides to the islands of Schinoussa and Iraklia, because who's going to go to the effort of writing and publishing a guidebook to two tiny islands which get very few visitors? In the massive 1300-page Rough Guide to Greece, Schinoussa isn't mentioned at all. The Schinoussa entry on Wikipedia is a little over 200 words. Even The Rough Guide to the Cyclades doesn't include them in its list of contents. 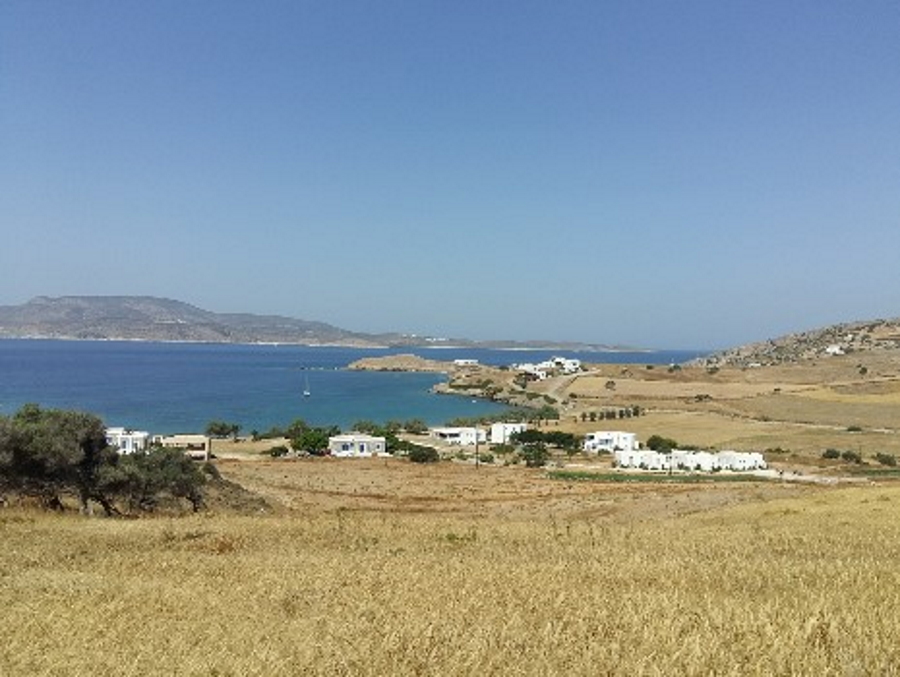 Sample Photo from the Guide

If you search online for travel information about the two islands, one of the few useful pages that comes up is this one, on a website called Dave's Travel Pages. Now Dave is Dave Briggs, who just happens to be the co-author of this book with his Greek partner Vanessa Foudouli. Together they also run the excellent website, Real Greek Experiences.

This travel guide to Schinoussa and Iraklia is only available as an ebook on the Kindle, so it's hard to give an exact page count but Amazon says it's the equivalent of 91 printed pages. That doesn't sound a lot but when you consider how tiny these two islands are, it's actually more like an encyclopedia! 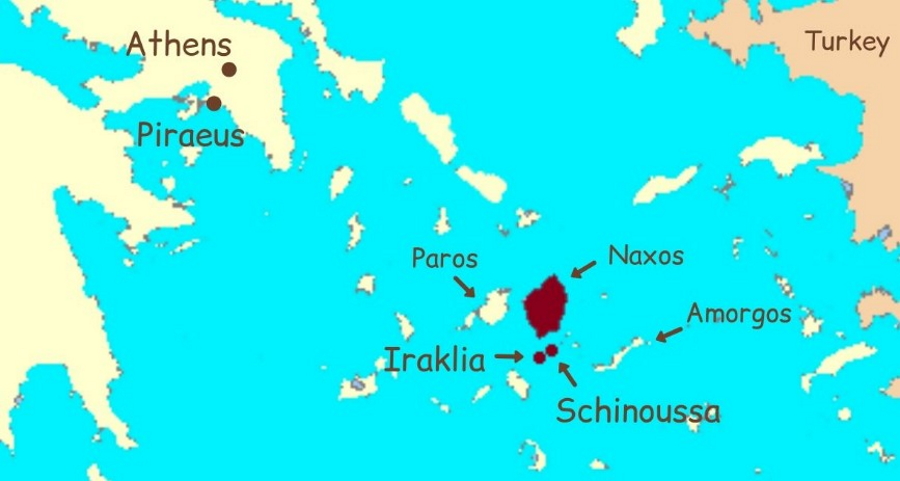 Sample Map from the Guide

The book begins with an 'At a Glance' section which tells you some basics, like where they are (near Naxos and Amorgos), why you should go, when you should go, ATMs, mobile phone reception, that kind of thing. One inclusion I liked was called 'What Aren't You Telling Me?' In the case of these two islands, it's the meltemi winds, but the 'When to Go' section tells you when these blow and how best to avoid them.

How to Get There 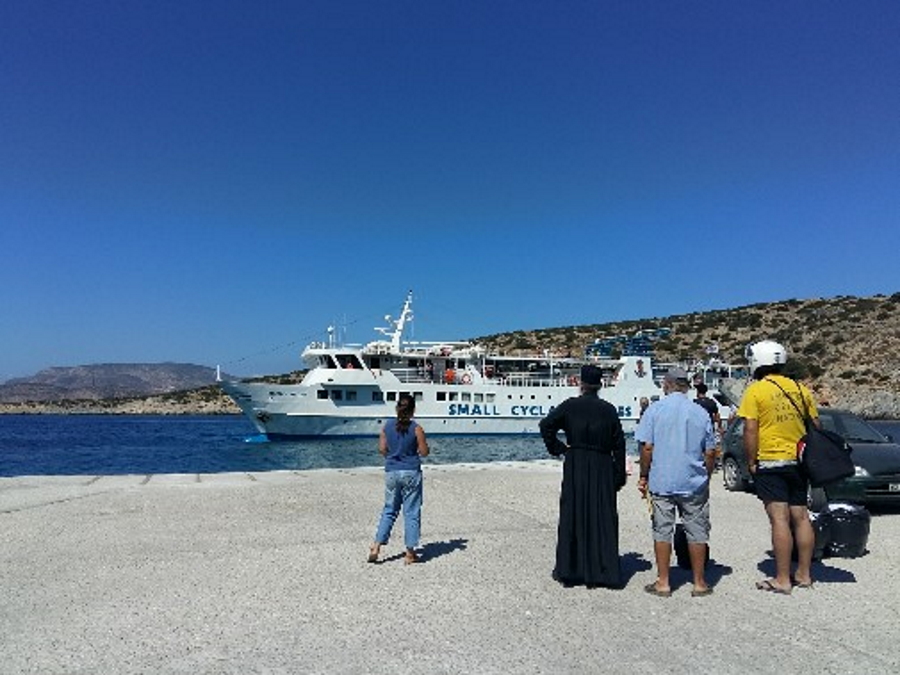 Sample Photo from the Schinoussa and Iraklia Travel Guide

There's a useful section on how to get to the islands. They're not exactly that hard to get to, but it needs a little planning. There's a ferry service most days which links Naxos, Amorgos and the other Small Cyclades islands, including Schinoussa and Iraklia, but it's enough to put a lot of people off and they prefer to stay on the larger islands. In summer you'll also need to be sure you have your accommodation sorted, as although there are a number of places to stay, they do get booked ahead by those in-the-know about the islands' charms. 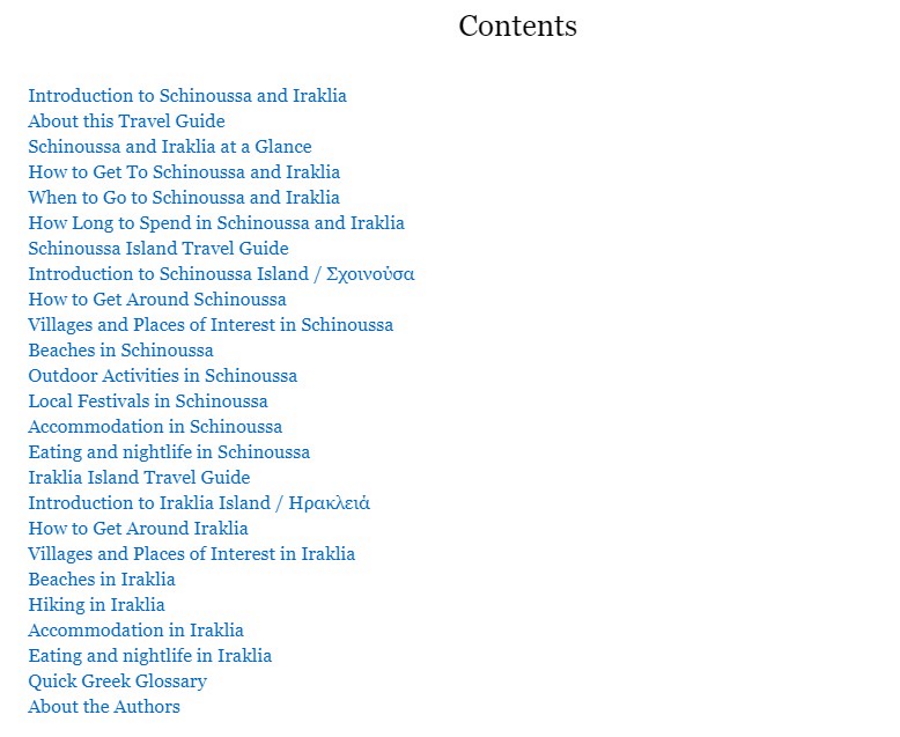 Contents of the Schinoussa and Iraklia Travel Guide

There are then several sections about each island individually. These include things like villages and places of interest, beaches, outdoor activities, local festivals, accommodation, and eating and nightlife. The beaches section, for example, is incredibly detailed and there can't be a beach that the authors didn't visit. They're able to advise on how to get there, how busy it's likely to be, and vital information like is there any shade, and will you be able to buy food and drink there. The hiking trails are likewise given with great attention to detail. 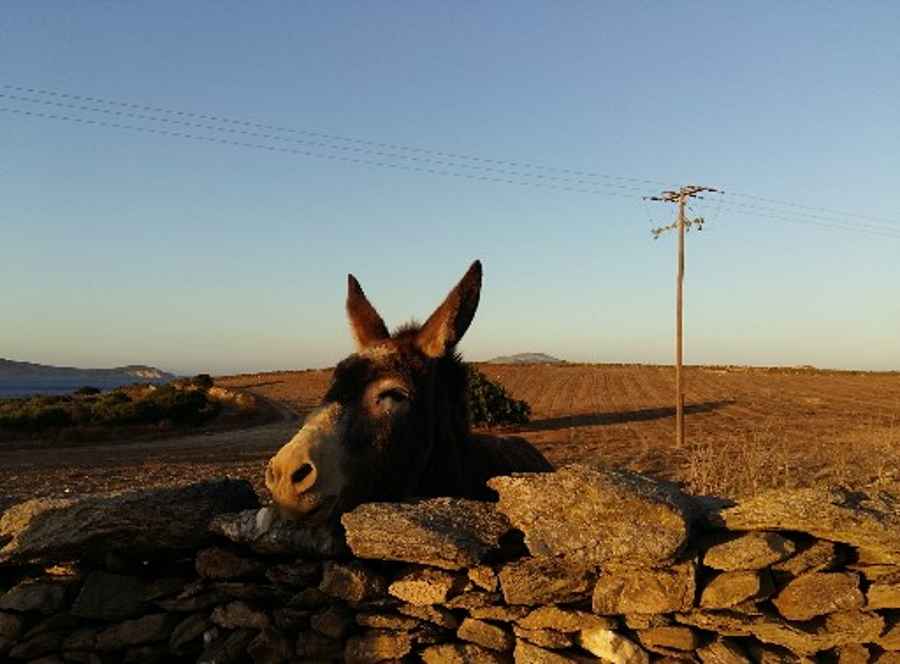 Sample Photo from the Schinoussa and Iraklia Travel Guide

There are very few criticisms of the book. One was that the author's refer to a 'famous Pirate's cave' on Schinoussa, but never say what it's famous for. The only other criticism is with the entries for eating and drinking. The accommodation entries are very thorough, and the authors do say that they visited every place that's included.

That's not the case with dining, though. Each island gets just a few paragraphs of overview, with a handful of places mentioned by name, but no detailed description of atmosphere or dishes. You get the impression that they have eaten at the places they mention, but each one should get a separate entry like the accommodation does, not simply 'Go to "Nikolas of Schinoussa" at Mersini port for fish'.

However, that is a small complaint and it shouldn't stop you from buying this otherwise comprehensive guide, just as the meltemi wind shouldn't put you off visiting two islands which are definitely now on our own Greek bucket list.

The same authors have published another Greek travel guide, also for the Cyclades, and this one to the better-known islands of Andros and Tinos.