Serifos is one of the Cyclades islands in the Aegean Sea, a rugged and mountainous island with a small population.

Serifos is the kind of island you head to if you want to get away from it all. There's not a lot to do other than enjoy hiking, sunbathing and swimming, for which the island is ideal. If you want nightlife then head elsewhere, although if your idea of nightlife is hanging out in the tavernas and enjoying the Greek way of life then you will get that here.

Serifos doesn't have an airport but is well-connected with ferries despite its small population of about 1500 people. In summer there are several ferries a day from Piraeus, and you can choose between the more expensive high-speed ferries or the cheaper but slower options if you're on a budget.

There are ferry connections to about ten other islands, though options may be fewer out of season. Sifnos is the closest island, just a half-hour away on the fast ferry, of which there are several a day in summer. If you time it right you can get a ferry as far as Santorini, with a journey time of 6.5 hours. Other connections include Ios, Kythnos, Milos, Paros and Syros. 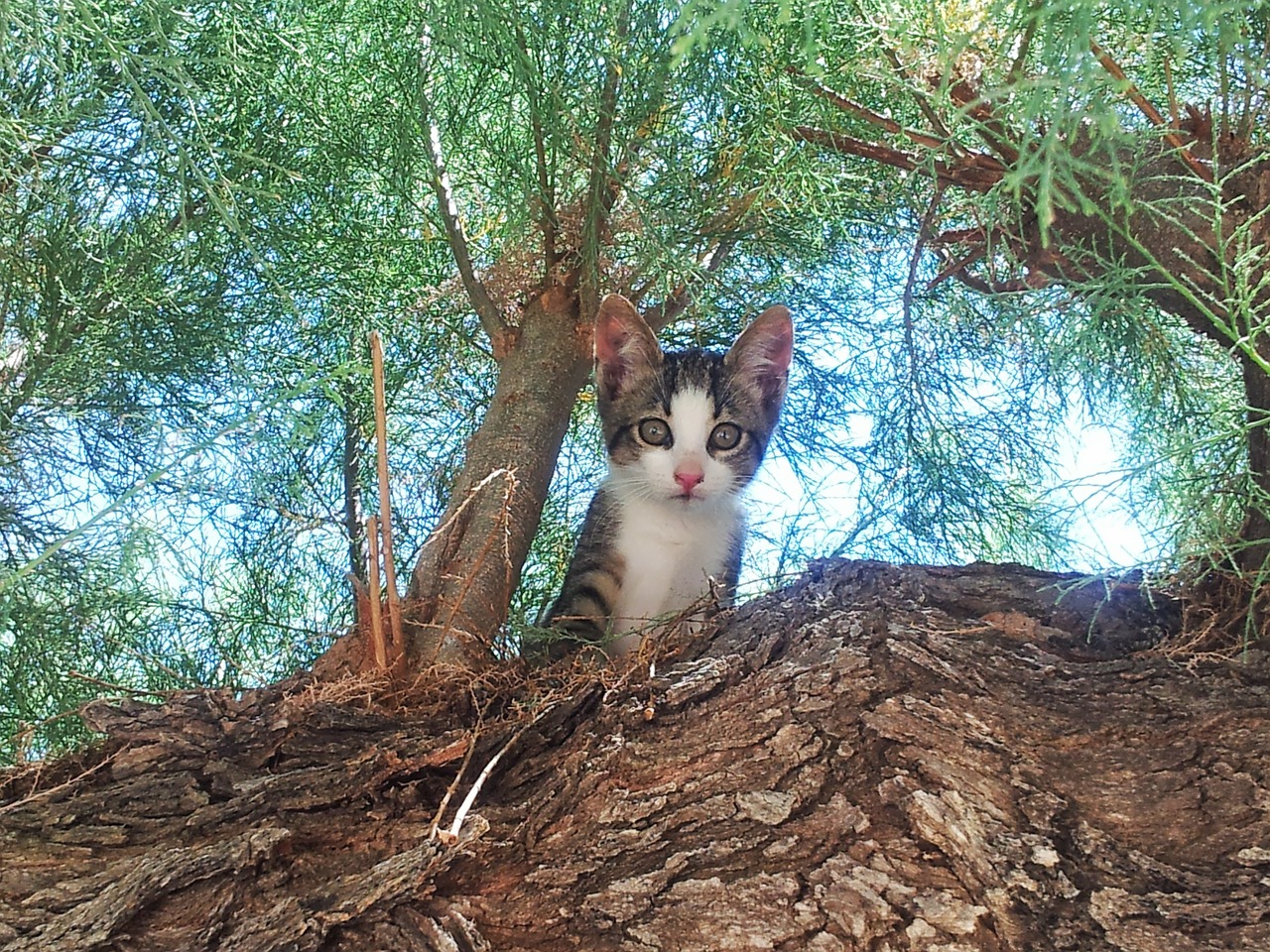 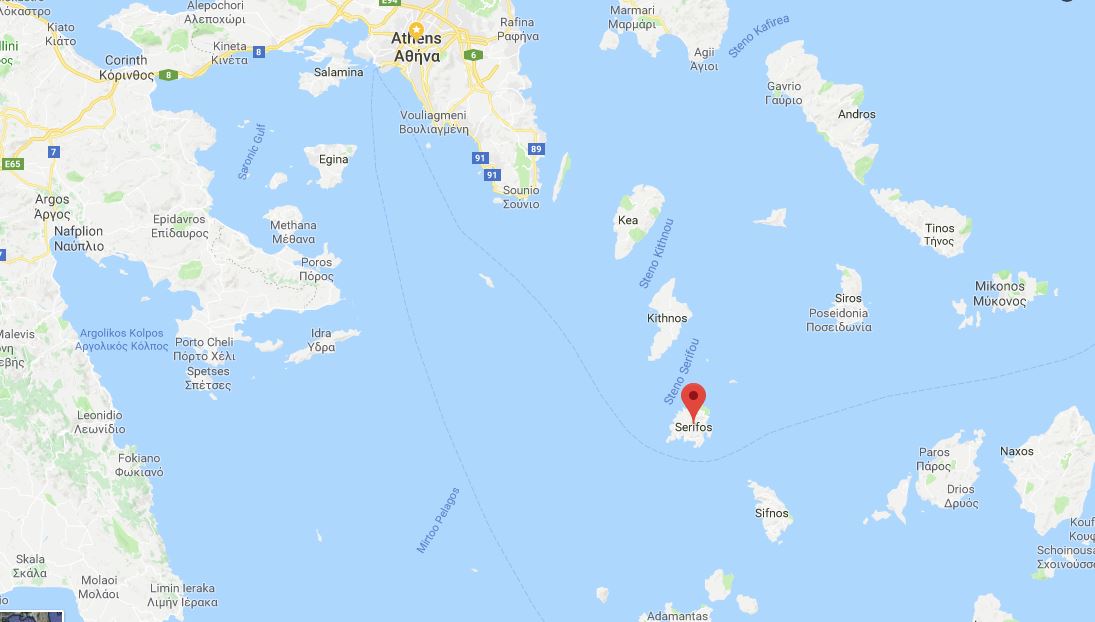 The rest of the island is given over to a few beach resorts, some inland villages, and more isolated beaches that can be reached by hiking through the mountains. It's one of our ideal Greek island days - a scenic walk ending at a quiet beach for some resting, reading and swimming, then walk back again, shower, pre-dinner drink and then choose your taverna for the evening. And repeat! 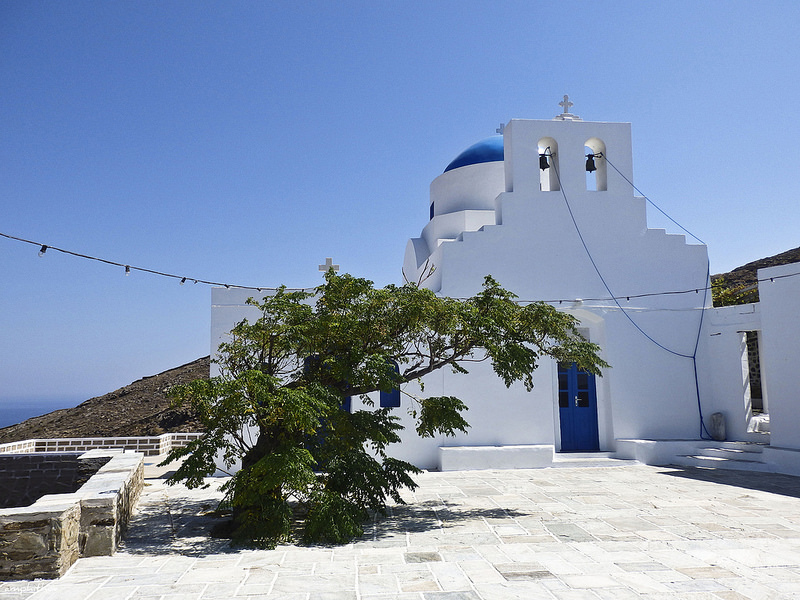 There is some accommodation scattered around the island in its smaller villages and little beach resorts, but otherwise there are two main choices in the two largest communities.

As with many Greek islands, Serifos has a port, Livadi, and a main town, Hora, which is uphill and inland to provide better protection in case of raids. There are regular buses linking the two, or you can take a taxi. There's also a hiking trail if you don't have much to carry - it is a steep climb if you're going up. It's better to walk down and get the bus back up.

Hora is by far the more attractive and livelier of the two, and is in fact one of the most attractive of capital towns in the Cyclades, which is saying something. You'll find a choice of accommodation and eating options here, though if travelling in summer it's best to book ahead. There's a 15th-century Venetian castle to climb up to, something not to be missed for the wonderful views over the island and the Aegean.

Livadi is a bit scruffy by comparison, typical of island ports, but you can still have a good time there if you need to be there for an early ferry departure. One option is to head for the neighbouring Livadakia Beach, where you'll find more typical resort accommodation and dining.