Surrounded by bigger and better-known Cyclades islands such as Naxos, Ios, and Santorini, little Sikinos is a delightfully untouristy island - yes, you can still find them in Greece. 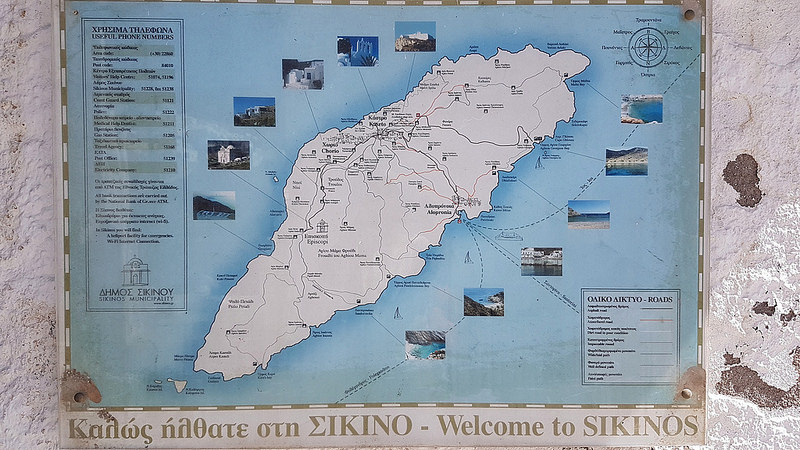 Home to only a few hundred people who live in a couple of villages, Sikinos is not the kind of island to choose if you like nightlife, busy beaches with watersports, and lots of other activities. It's the kind of island for people who want to escape, relax and live life at the rural Greek pace.

In typical Greek island fashion, Sikinos has a port and an upper town, although here the upper town is divided into two separate little communities. One of the few paved roads on the island connects the port of Alopronia with the two inland villages, Kastro and Chorio. 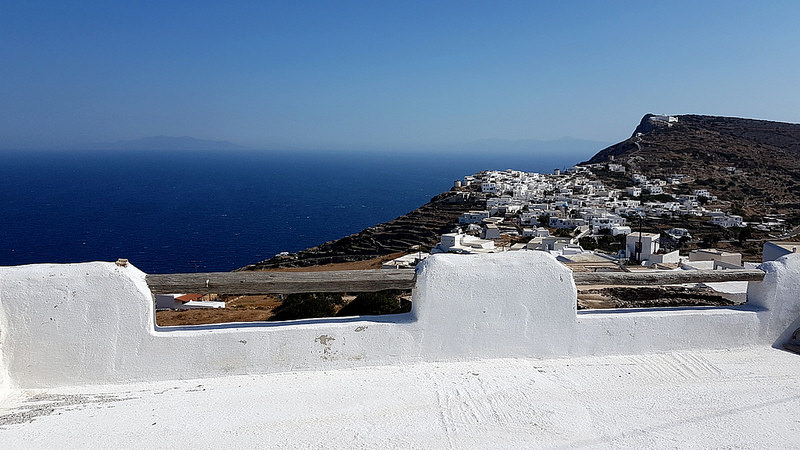 Sikinos isn't too hard to get to, though you'll need to do some advance planning. It's the kind of island which has ferries a few times a week from some places rather than once a day. For example, there are four ferries a week from Piraeus, which can take anything from 7-10 hours depending on the ship and the route.

There are also four ferries a week from the nearest busy island, Ios, which is just 25 minutes away. There's only one weekly ferry to Naxos (2.5 hours), Paros (4 hours) and Syros (6 hours). There are more frequent connections to Santorini (2 hours) and Milos (3.5 hours). 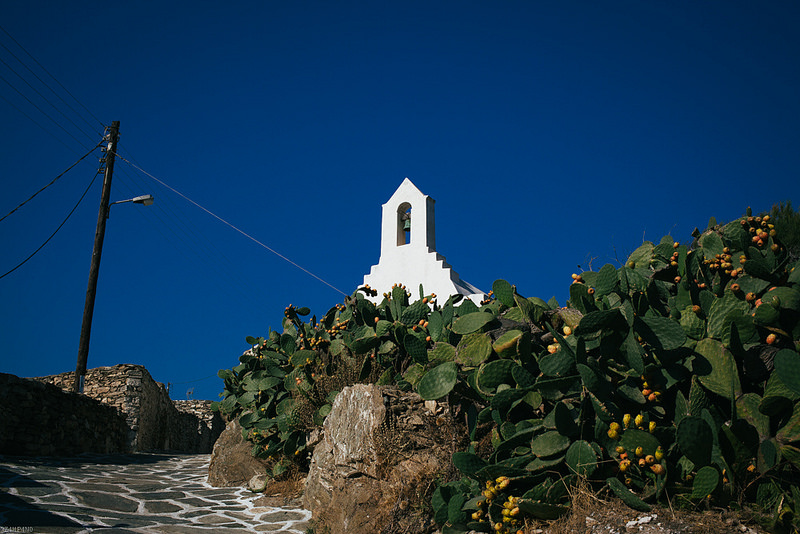 What to Do on Sikinos

There are a few things to do on Sikinos, other than hiking and swimming and generally taking it easy. The island used to be known as Oinoe, or the island of wine, as it was once covered in vineyards. These have now largely disappeared, leaving behind a lot of terracing which can sometimes make hiking challenging.

One winery remaining is the Manalis Winery, which still uses the traditional method of making Sikinos wine and which offers an enjoyable tour and tasting. It also has a restaurant with a lovely terrace, open every evening during the summer. It's along the road from Chora to the ruined monastery of Episkopi. 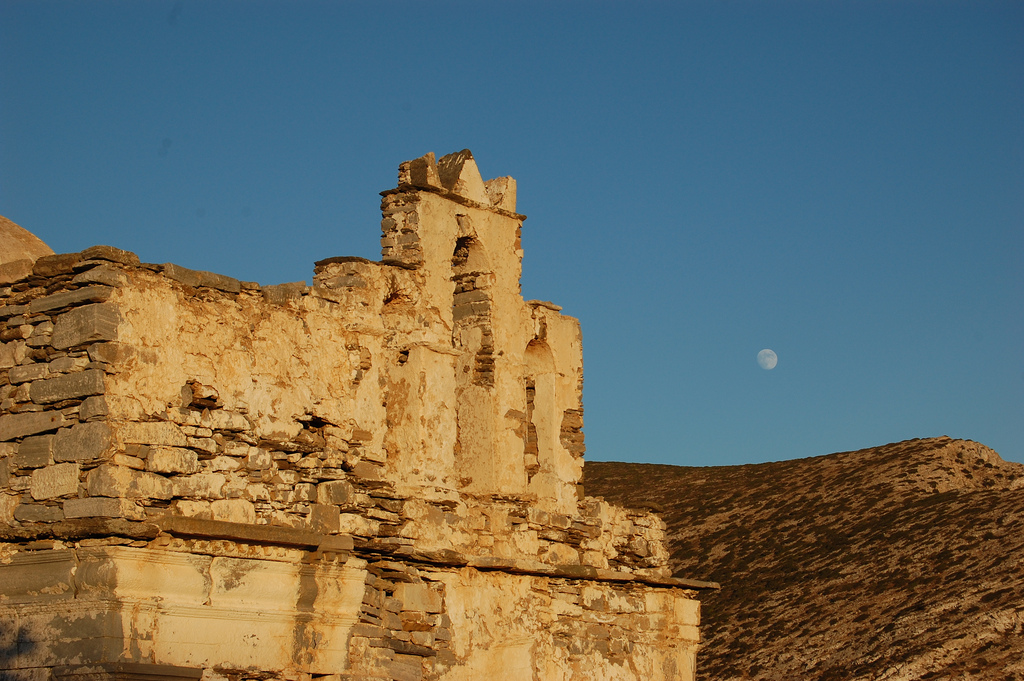 Episkopi is about an hour's walk from Chora and is probably the island's biggest attraction. The buildings date back to the 3rd century AD and were originally a Roman temple. They then became a Greek temple to Apollo, and after that a Christian church and monastery. 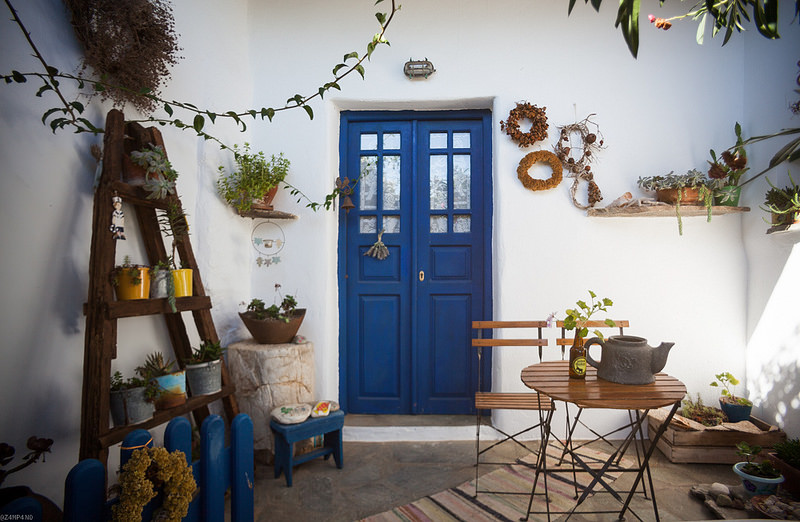 In Chora there's a Folklore Museum, typical of what you might expect on a small Greek island but run with great enthusiasm by a local man. Also in Chora, the church of Panagia Pantanassa was built in 1787 and has a collection of Byzantine icons.

The other main attraction, standing above Kastro, is the Monastery of Zoodochos Pigi. This was built in 1690 and used as a place of shelter by islanders when Sikinos was under attack. These days it offers wonderful views and is a great place from which to watch the sunset. 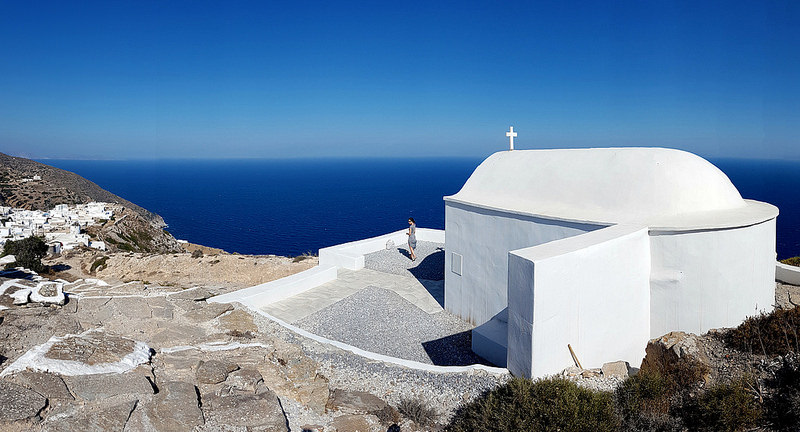 On the way from Chora to the monastery you pass the Church of Panagia Pantohara. This was built in 2011 by the widow of the famous Greek poet Odysseus Elytis. It was one of the poet's last wishes, to have a church built here, as he loved Sikinos, which features in his poetry. There are occasional readings of the poet's work here. 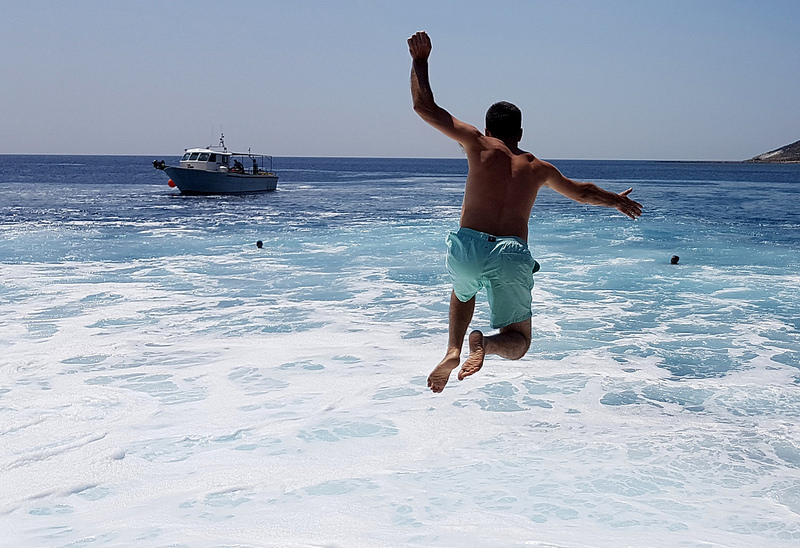 Sikinos has only a handful of beaches, and only one of these has anything by way of organised facilities. This is known as the Port Beach, and is a short walk from Alopronia and about a 2.5 mile (4 km) walk from Chora. This long and sandy beach has bars, beach umbrellas and sun beds for rent in the summer.

There's also a sandy beach at Dialiskari, which is only accessible by boat or on foot. There are a few rooms to rent if you want a real escape. Otherwise the beaches are a mix of sandy and pebble beaches, and in out-of-the-way places. 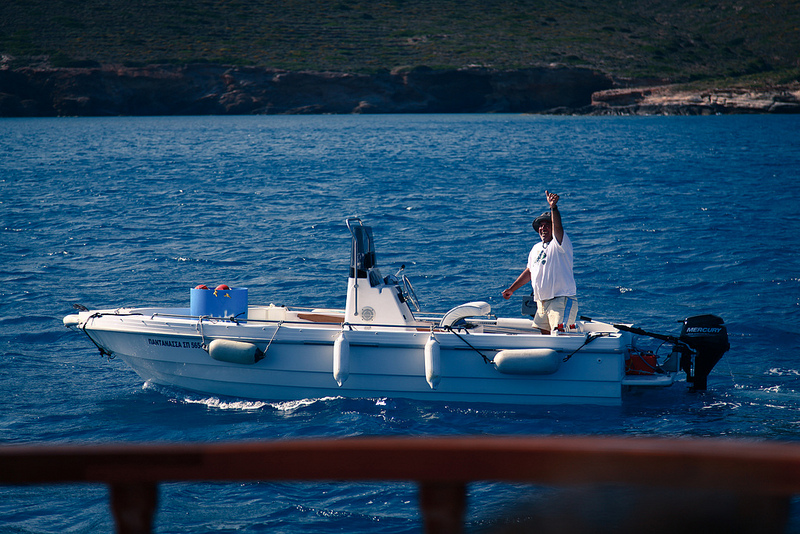 Where to Stay on Sikinos

Unless you can find rooms to rent at one of the small beach communities around the coast, your two choices are at the port of Alopronia or in the upper towns of Kastro or Chorio.

The little port of Alopronia is pleasanter than ports on bigger Greek islands, but unless you want to be right by the beach staying in Kastro or Chorio is a much more pleasing prospect. They're pretty towns with whitewashed buildings and narrow streets. If you want the basic facilities on your doorstep - a post office, grocery, ATM, tavernas - then stay in Kastro, although Chorio and Kastro run into each other so nowhere is very far. There are some steep streets, though!

If planning to travel during the summer season then we'd recommend you book ahead as the number of rooms on the island is limited.