The Stilianou Winery near Knossos on Crete uses only Cretan grape varieties, with every bottle numbered, and aims for quality rather than quantity. 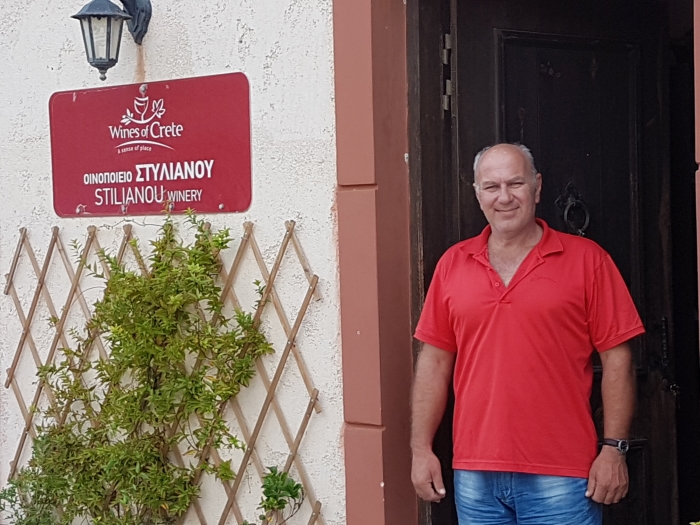 'I prefer to make small quantity but high quality,' Ioannis Stilianou tells us as we tour his winery outside the village of Kounavi. The village has a long association with wine-making, and no doubt people like Ioannis were making wine for the Minoans at the Palace of Knossos, which is a 15-minute drive to the north. 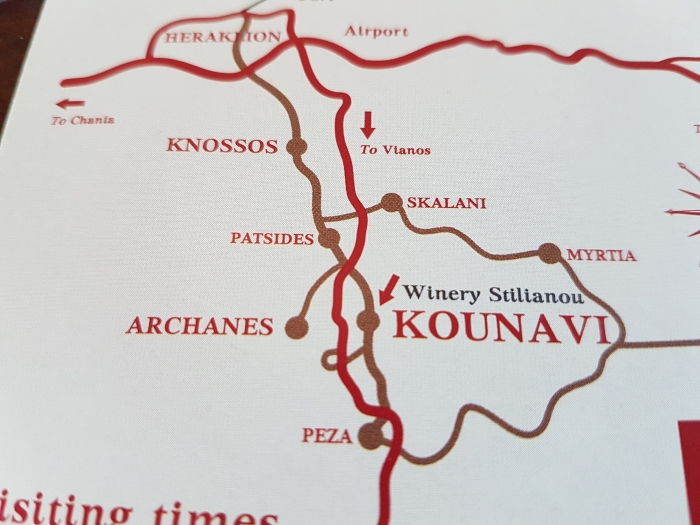 The Stilianou Winery is near Knossos on Crete

It's a very scenic drive too, and well worth making to visit this winery, which is signposted thanks to the brown signs being posted everywhere on Crete these days by the Wines of Crete organisation. Cretan wine is booming, and touring wineries like Stilianou is increasingly popular. 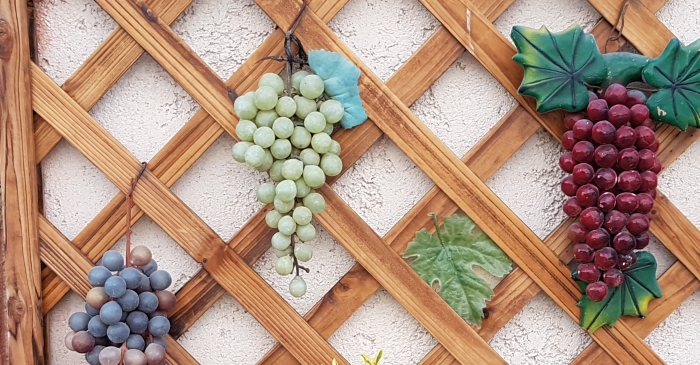 It was late afternoon when we arrived, the perfect time of day. Ioannis greeted us and we gazed out over his vineyards which stretch out below his winery to distant mountains beyond. The vines cover seven hectares (17 acres) and produce 20,000 bottles a year, every one of which is numbered. 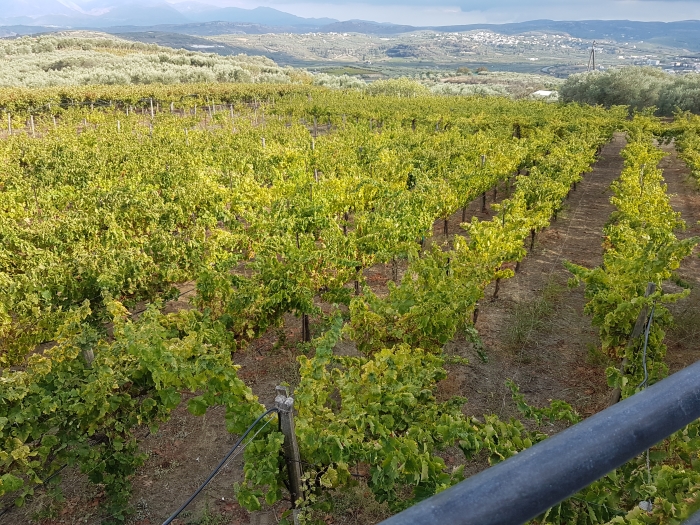 'It takes us 2-3 weeks to do all the harvesting,' Ioannis says. 'Everything is done by hand. We are completely organic, and only use Cretan grape varieties.'

Ioannis is a gentle and quietly-spoken man, and clearly very content with his life, as well as passionate about making the best wine he possibly can. It's a wine you won't find available in shops on Crete, only at the winery and in several top restaurants, such as the fabulous Tamam in Chania. 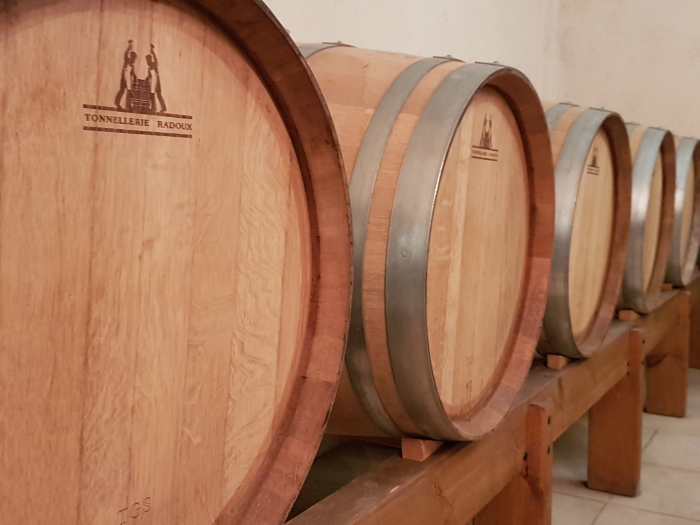 Barrels at the Stilianou Winery

The winery is small and a tour doesn't take long. First Ioannis leads us into the cellar.

'The cellar is five metres underground,' he tells us, 'and maintains a temperature of 13-17 degrees, all year round. First the grapes go into a separator, to extract the juice, and the red grape juice goes into the vats.' 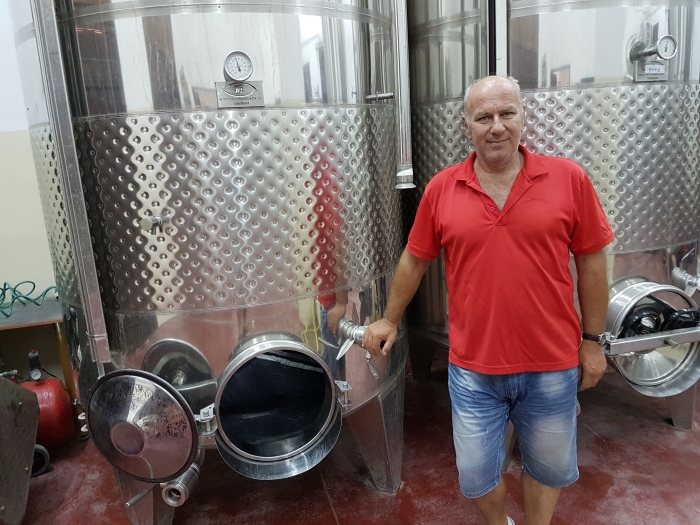 Ioannis makes one red wine, one white wine and one rosé, and a red dessert wine from sun-dried grapes, kotsifali grapes which first spend ten days drying in the sun. It's the same grape also used to make raisins.

'The white and rosé are young wines,' Ioannis explains, 'and they are ready in 5-6 months. The red wine, though, spends 2-3 years in a vat, and then it goes into French oak barrels for a further two years, and then back into the vat for another 2-3 years. In total we make about 2,000 bottles of rosé each year, and 1,000 bottles of dessert wine, and the other 17,000 is red and white wine.' 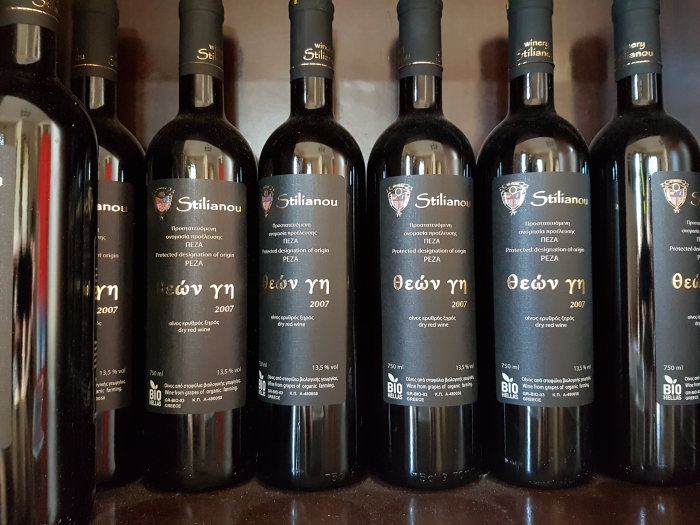 After seeing how the wine is made, we go back upstairs to enjoy a tasting of the wines. Ioannis serves us breadsticks and some of his own olive oil, which is wonderfully rich and thick. 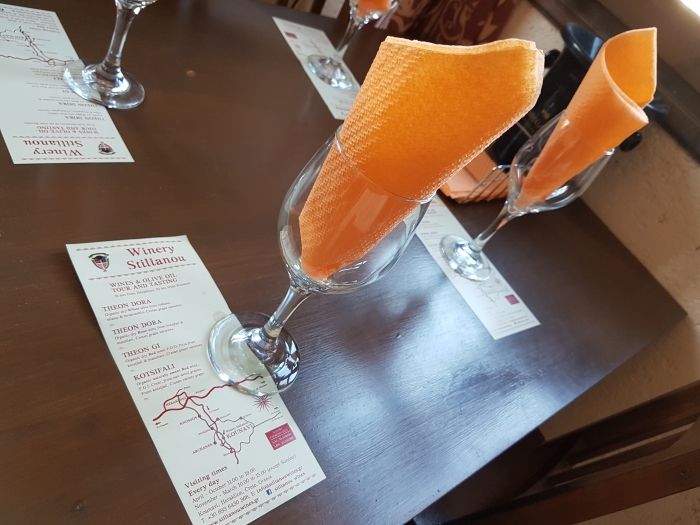 'First we try Theon Dora White,' Ioannis says, pouring a generous measure. 'This is made from a blend of the traditional Cretan grape varieties of vilana, vidiano and thrapsathiri. It's fruity yet earthy, thanks to the limestone terroir. It's an easy-drinking light summer wine which is very good with seafood.'

Next in line is the Theon Dora Dry Rosé, made from two other Cretan grape varieties:  kotsifali and mantilari. It tastes crisp yet fruity, and although it's a dry wine the flavours of apricot and peach lend it a certain natural sweetness too. 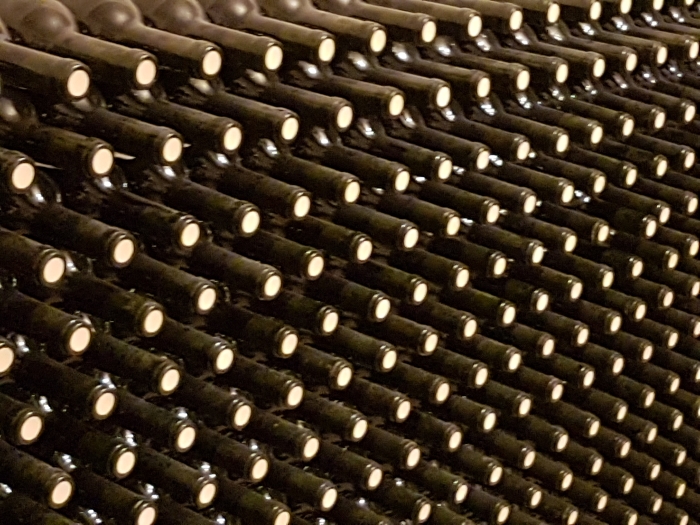 Wine Bottles in the Stilianou Cellar

'The wine spends about 11 hours with the skins,' Ioannis explains, 'but it can vary from 7-15 hours depending on the year. It's very dry, and good with seafood, pasta or chicken. It's a summer rosé.'

It certainly is, and every bit as good as rosés we've had from Provence. Ioannis then pours us each a glass of his Thion Gi Dry Red Wine.

'The name means Land of the Gods,' Ioannis tells us. 'It's a dry red wine from the traditional Cretan grape varieties of kotsifali and mantilari. It's matured in French oak barrels and has fruits and spices flavours. This spends two years with the skins, and two years in French oak barrels. It will keep for several years without a problem. It has a very herbal nose. Smell the sunshine!' 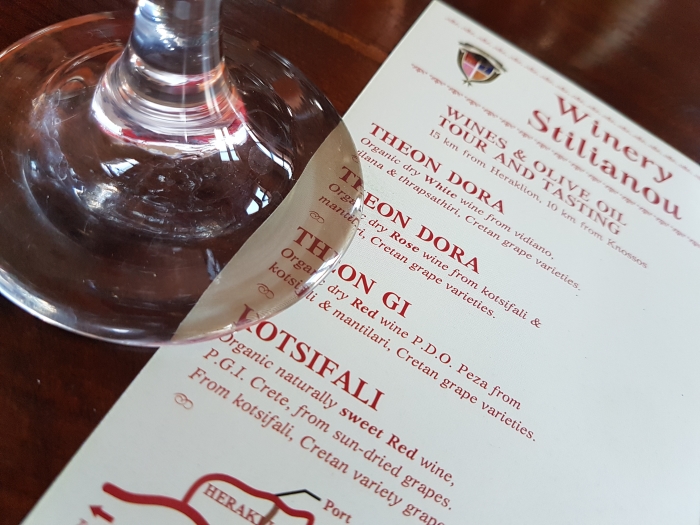 Finally we sample the dark red dessert wine, called simply Kotsifali. It's a lush and beautifully rich colour, with a taste to match.

'This is made purely from kotsifali grapes,' Ioannis says, 'and is the only kotsifali dessert wine in Greece. It's a difficult grape, a difficult process to make it. It's very raisiny, not sweet, and has a pruney taste. It's a very good aperitif too, but also good with fruit and ice cream as a dessert wine.'

Ioannis is clearly proud of his wines, and so he should be. Little wonder some people on TripAdvisor have called this the best winery tour on Crete.

The Stilianou Winery near Knossos 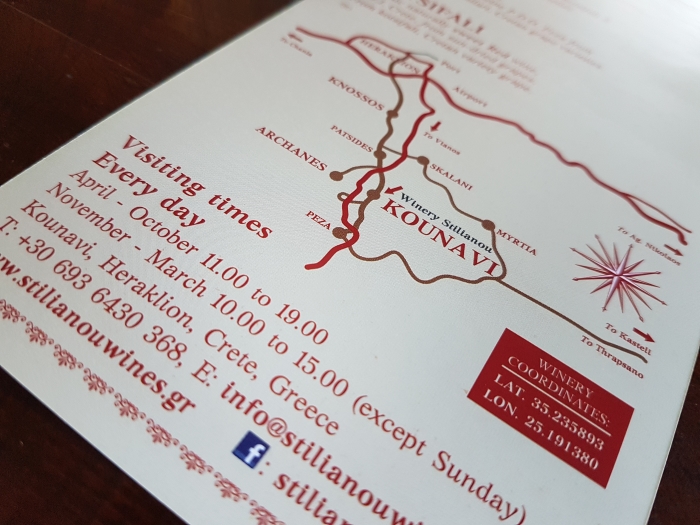 The Stilianou Winery near Knossos on Crete

Our visit to the Stilianou Winery was arranged by the excellent
Go Crete tour company.

And here's a short video we did with Ioannis Stilianou about Cretan grape varieties: