Where to Stay in Central Crete

Greece Travel Secrets recommends where to stay in Central Crete including hotels in Matala, Ayia Galini, and Zaros. 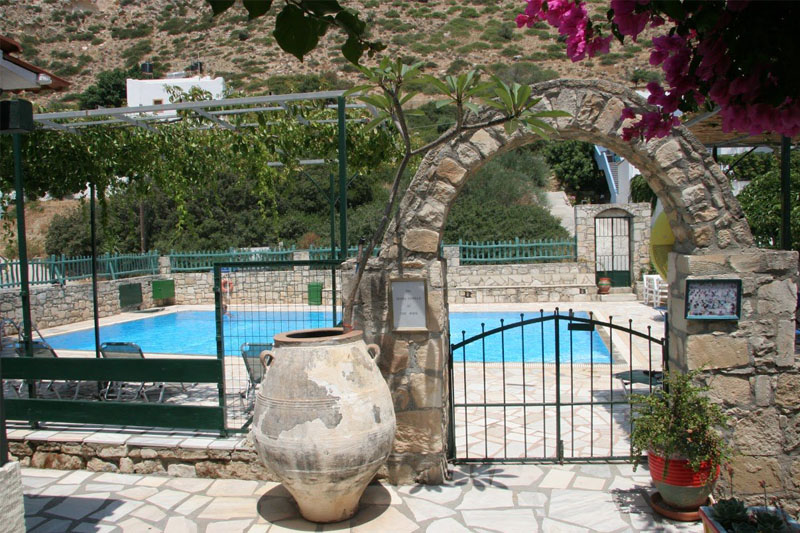 The Armonia Hotel in Matala

The delightful Armonia Hotel is a real find, off the main road to the left as you approach Mátala. Look for the pool and the white building with plenty of bougainvillaea around. Most of the 27 rooms are in small blocks behind the hotel, with views of the unspoilt hill scenery behind. It is in a quiet spot well outside the town, so a car would be needed, but it is the perfect getaway for nature lovers and walkers.

The Palazzo Greco is an excellent and inexpensive hotel on the right of the main road as you first enter Ayía Galíni, and with its own parking lot opposite. The bright blue and white frontage is matched by the bright rooms, the ones at the back being slightly more expensive because of their balconies with great sea views. The buffet breakfast varies each day, and can be taken on the terrace at the back with more sea views. Ideally placed halfway between the town centre and the town beach.

The small Fevro Hotel is on your right after the road into Ayía Galíni has descended almost to sea level, and where there is a sharp turn left towards the harbour – that's if you can see the hotel name as the entire building is almost obscured by the most wonderful bougainvillea plant. Some rooms have views of the town, and lower rooms have 'no views but not so many stairs!' The rooms are a reasonable size, clean and simple, with white walls and dark wood furniture. 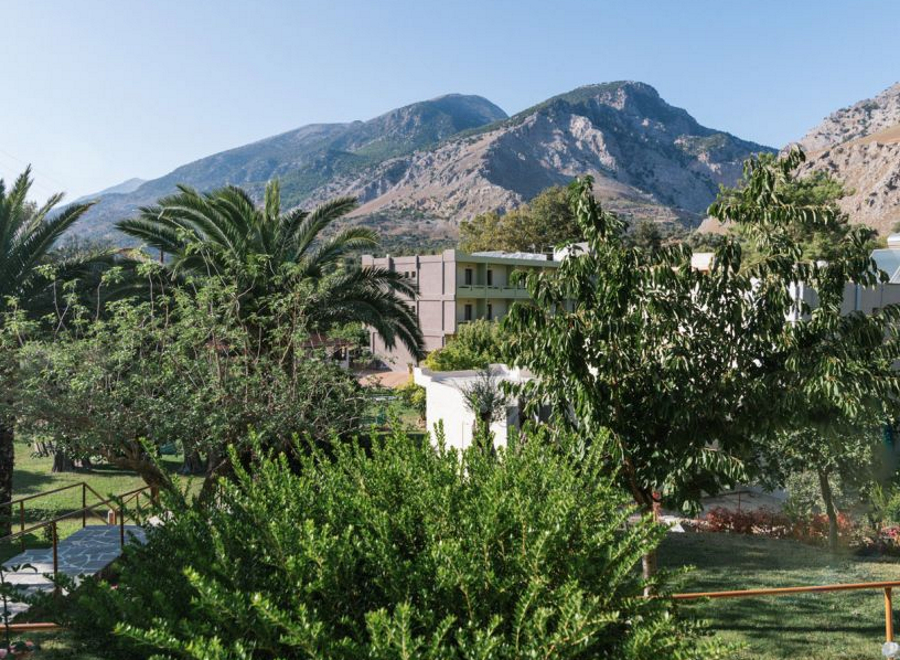 The Idi Hotel in Zaros on Crete

On the edge of the mountain town of Záros and popular with walkers, the Idi Hotel is an unexpected treat. With its swimming pool, tennis court, bar and adjoining restaurant, it represents excellent value for money. Some rooms are in the original small hotel block, while others are in separate buildings in the beautiful gardens. The smell of jasmine at night and the sight of roses and other flowers during the day is a bonus. Rooms are pine-panelled with telephones, air-conditioning and, unusual for Greece, are comfortably carpeted.

See our full review of this lovely place in Zaros here.

The main hotel in Mátala is the Zafiria, easily found on your left as the main road enters the town centre. The rooms are simple and clean in typical mid-range fashion, and all have shower, radio and balcony. Some look out towards the sea, others to the hills behind. The hotel has its own bar and restaurant, and also owns the mini-market across the street. It is nothing fancy but a good, reasonably-priced base.