Where to Stay in Eastern Crete 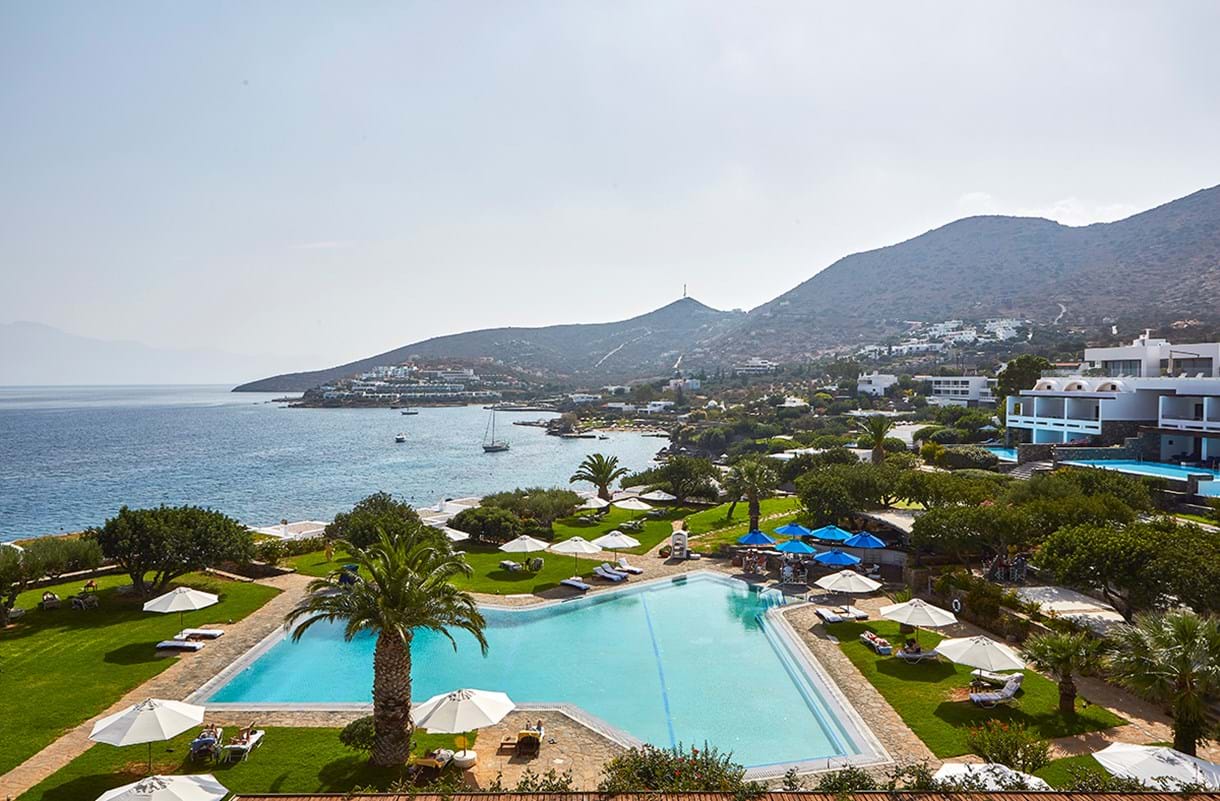 The Elounda Beach in (of course) Elounda can make a claim to be the best hotel on Crete, a luxury resort in miniature, with rooms including deluxe suites which each have their own private little swimming pools. Needless to say, the rooms have everything including lots of space. There are numerous restaurants and bars, every indoor and outdoor facility you could wish for, and a breakfast buffet that could see you through the day. 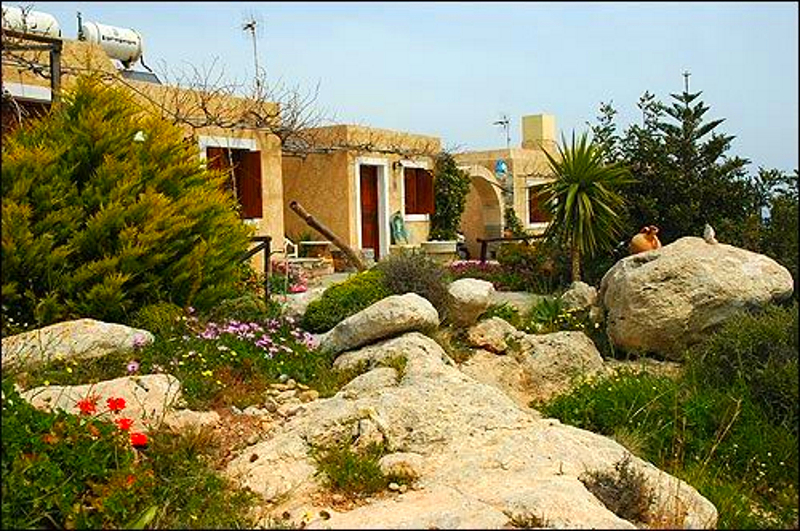 This wonderful set of rooms is on the left after you leave the town of Zákros to wind your way down to Káto Zákros. Easily spotted by the profusion of plants around, the aptly-named Bay View Apartments command stunning views of the surrounding area and down to the sea. The rooms have bright, white walls and are extremely simple but clean and comfortable and have TVs, fridge, ensuite facilities, and lovely verandas to relax on. A terrific bargain. 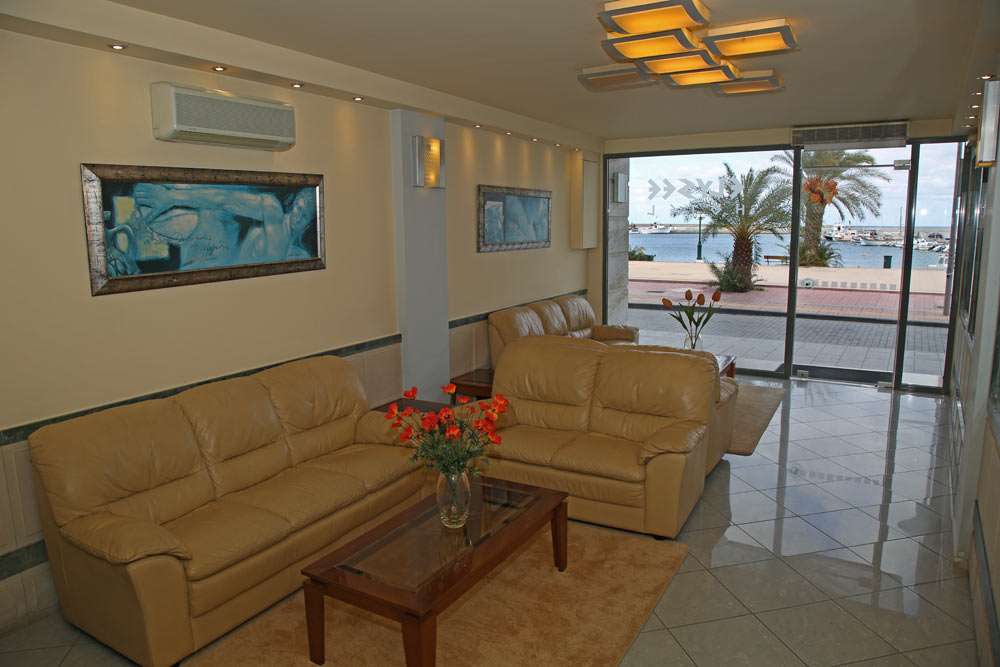 The Hotel Elysee in Sitia

The Hotel Elysée is a typical Greek mid-priced hotel, right on the waterfront in Sitia and perfectly located, a short stroll from the beach and from the town centre. Front rooms have balconies with great views over the harbour. They have lots of closet space, a fridge, TV, and phone. The rooms are clean and simple, but perfectly adequate for a few nights' stay. There is a breakfast room and a small lounge, and also ample private parking behind the hotel. 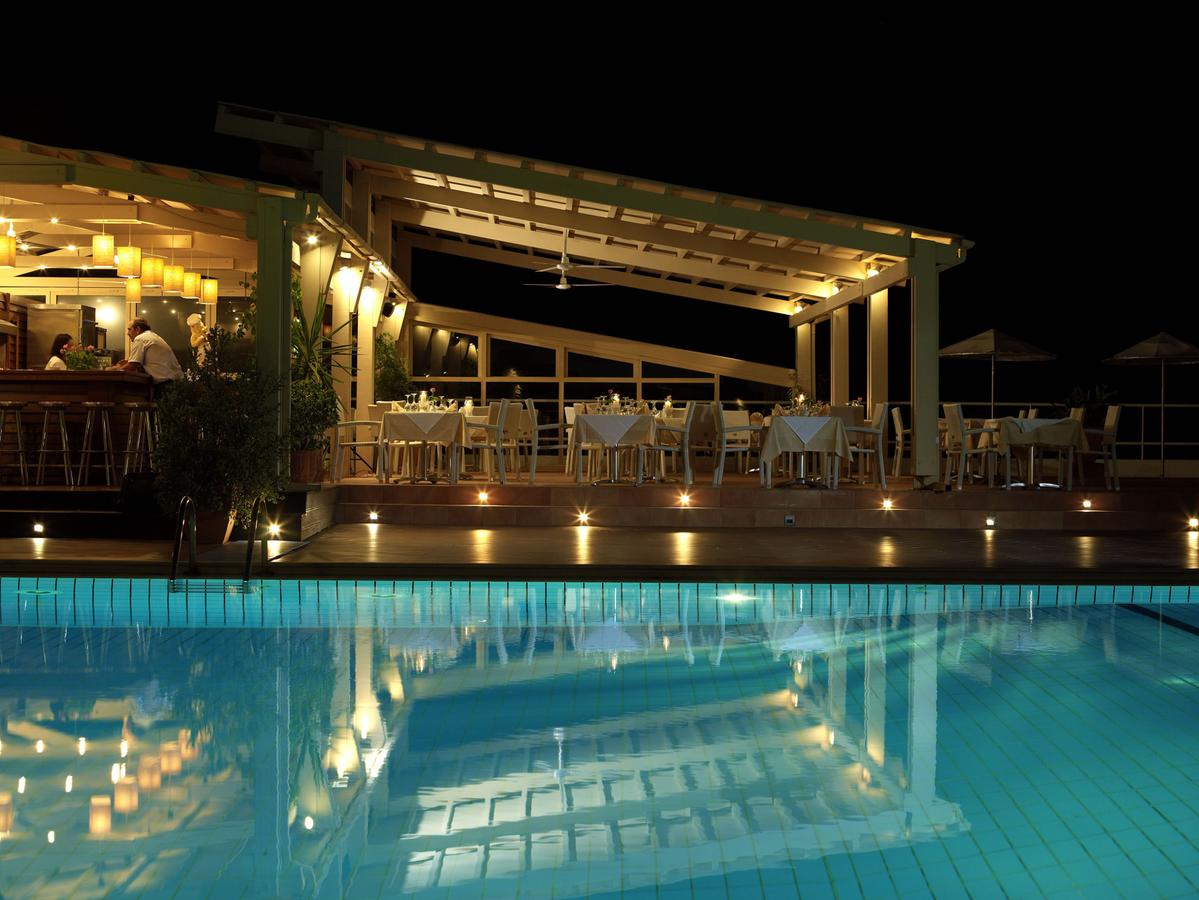 The Hermes is a smart hotel in Agios Nikolaos and has a stylish lobby with a shop, flagstone floors, and one wall lined with large copies of frescoes from Knossos. Here all rooms and suites, are spacious with satellite TV, radio, phone, fridge, and hairdryers. There are two restaurants, a rooftop pool, fitness centre, and easy access to a diving club just across the road. One of the most comfortable bases on the waterfront in the centre of town.

One of the best hotels on the island, the Istron Bay overlooks its own bay some 12 km (7.5 miles) east of Ágios Nikólaos. The hotel is all-but invisible as you enter, the building backing onto a cliff so all rooms have sea views. They are also good-sized with large balconies and decorated in the bright Greek colours of blue and white. The restaurant has won awards for its gourmet cooking, and with its own pool and beach, and friendly service, it's rightly popular so book ahead. 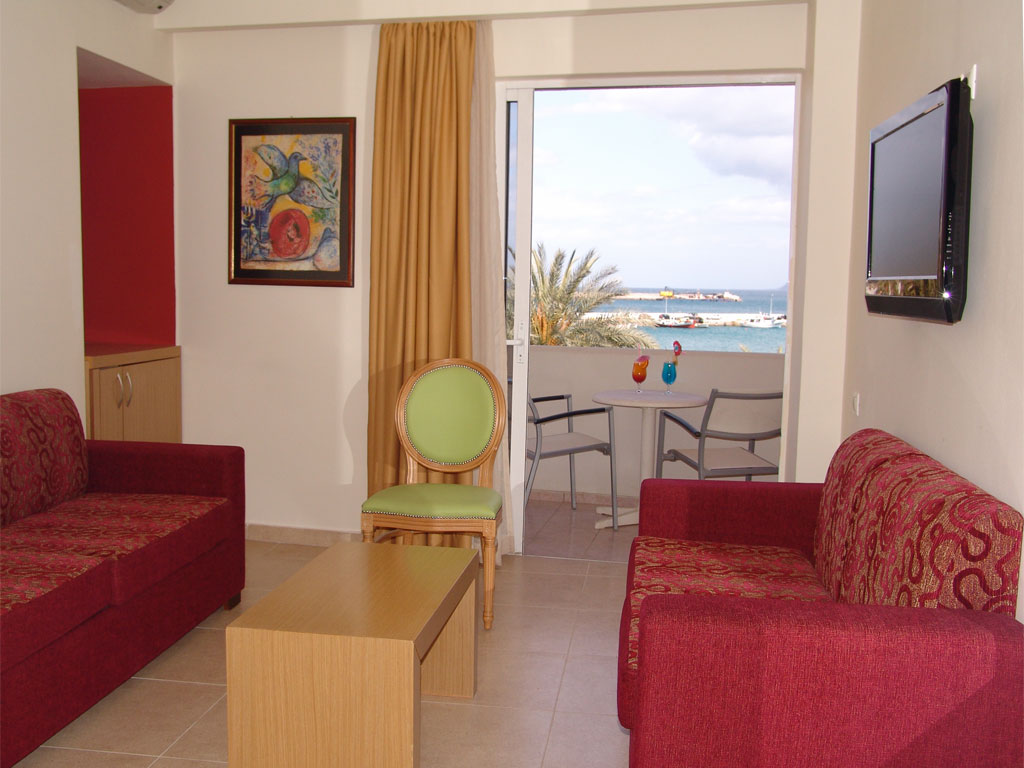 The Itanos Hotel in Sitia

The family-run Itanos Hotel is bigger than it looks, with 72 rooms in a building overlooking the waterfront and right by Sitia’s main town square. The rooms are standard fare for a hotel in this price range, and all have phone, satellite TV, radio, bath, air-conditioning and balconies with soundproof doors. Try to get a room at the front for the sea views. Facilities include a large dining room and bar, and, right in the lobby, a rather tempting patisserie. 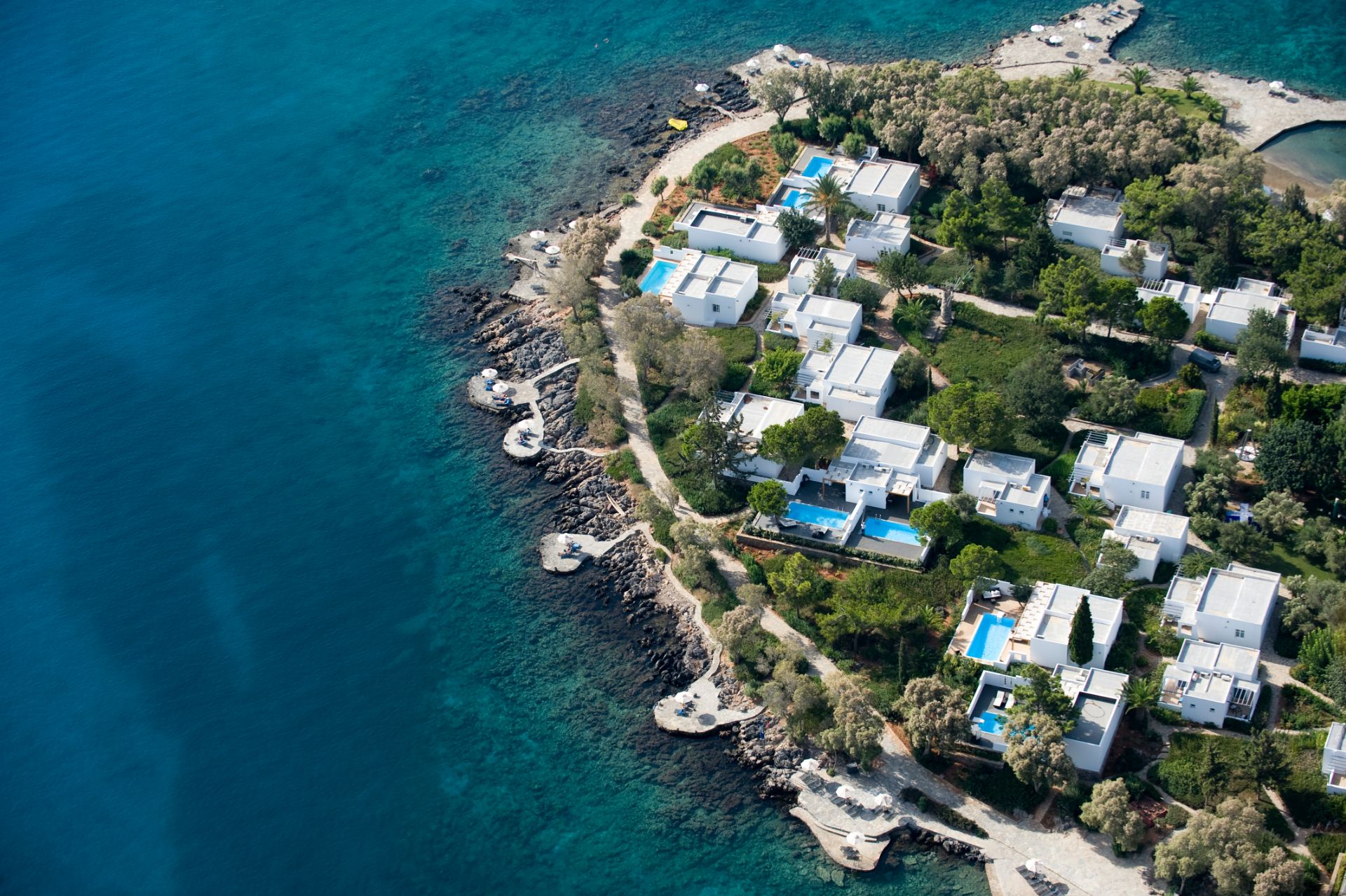 With easy access to both Ágios Nikólaos and Eloúnda, the luxury Minos Beach Art Hotel has lush gardens whose greenery is interspersed with some striking sculptures. It’s the kind of self-contained resort that is almost a small town, with guest rooms being in bungalows dotted around the grounds. There are several restaurants and bars, pool, tennis courts, watersports, TV room, baby-sitting service, and the ability to book car hire and tours without leaving the hotel. 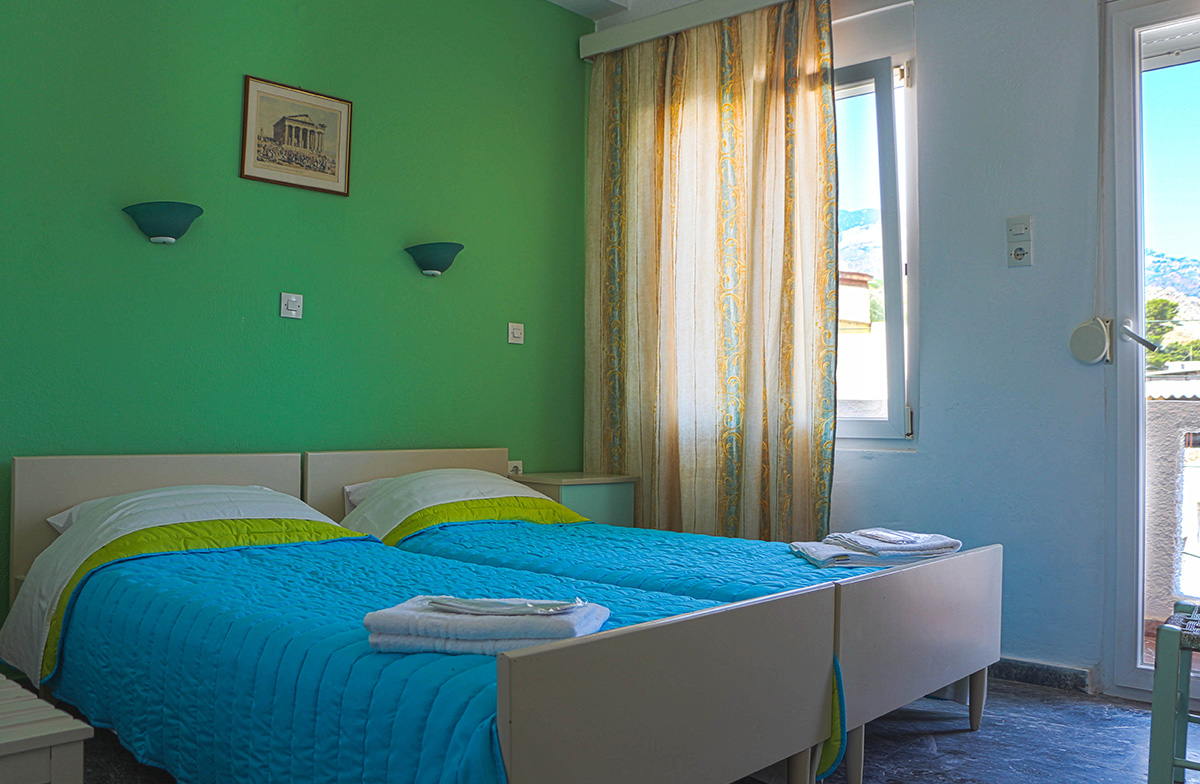 Probably the best of a limited range of accommodation in Myrtos, the inexpensive Myrtos Hotel is right in the little town’s packed centre, with its own restaurant attached. The rooms are a decent size with basic facilities, and around the outside of the building runs a small balcony which all rooms can enjoy. Guests get a welcome glass of tsikoudia, and we can also recommend their taverna, which is right next door. 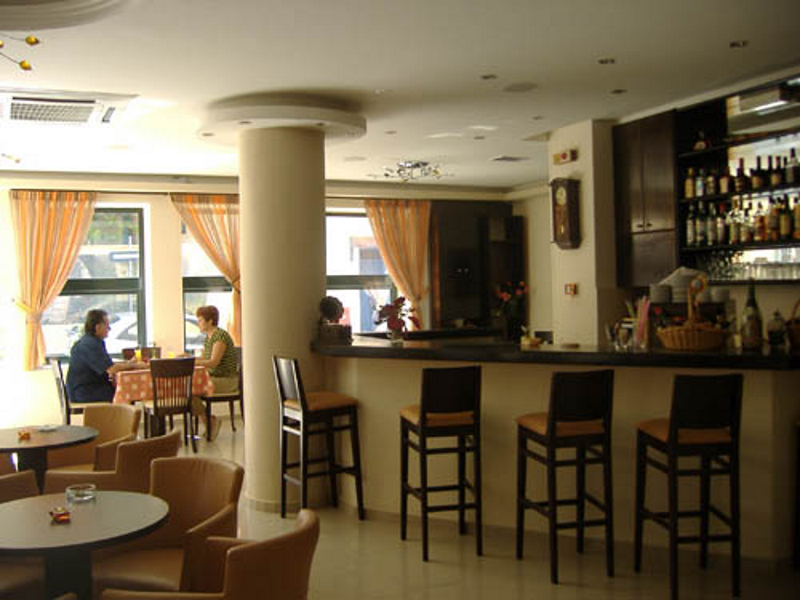 The Neapolis Hotel is an eye-catching art-deco style building right in Neapolis, with rooms that are fitted out with stripped pine furniture and lemon-coloured walls. Some have air-conditioning but all have very small balconies overlooking the street (though noise is not a problem in this charming hill town). The breakfast is generous, often with fresh fruit added for good measure, and you may return at night to find old men playing cards in the lobby, or the local priest watching the TV. Charming, well-maintained, excellent value.