Driving on Crete is the best way to see Greece’s biggest island and here is our driving advice and some information about Greek driving regulations.

Driving on Crete Can Have Its Challenges!

Note that this advice was correct at the time of writing but you should always double-check if you’re planning on driving in Crete, or anywhere else in Greece. A good place to start is the RAC’s Driving in Greece page.

Most of the main roads are of a good standard, the best being the E75 highway that links the cities and towns along Crete’s north coast. This is invariably signposted as the New Road, and is also called the National Highway.

Off the main road standards vary enormously, and even on major roads you should watch out for unexpected pot-holes or rock-fall.

On many main roads the right-hand ‘lane’ is not a proper lane but a wide shoulder, and is used for pulling into when a car wishes to overtake. Make sure you can see well ahead, however, as this can be dangerous going round bends.

It is always best to ask locally about road conditions, as roads which may appear to be good roads on maps can turn out to be rutted tracks.

Greece has the second-worst record in Europe for deaths on the road. Many drivers like to drive down the middle of the road, even when coming round blind bends. Keep well in to your side of the road. Reckless overtaking is common, also on blind bends.

Another driver flashing his headlights at you means that he is coming through, NOT that he is giving way to you as is the practice in some other countries. If you’re simply driving along and an oncoming driver flashes his headlights, this is a common signal that there is a police speed trap ahead of you.

The beeping of horns is very common. This can be something as simple as the driver seeing a friend walking by, or tooting as he passes a relative’s shop, so don’t assume any sound of the horn is directed at you. 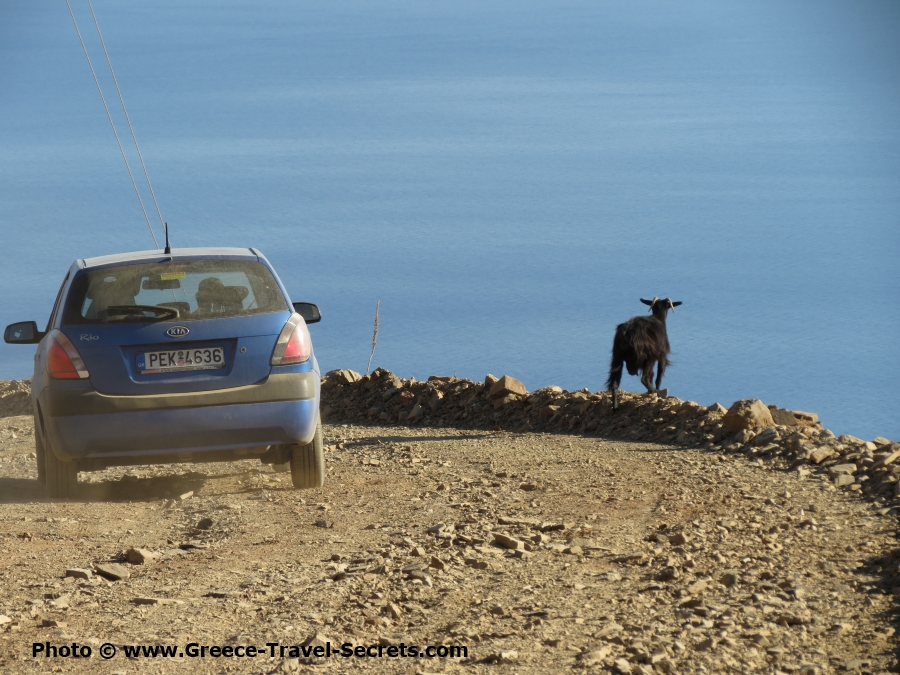 Watch Out for Goats While Driving on Crete!

Driving on Crete: The Essentials

• Drive on the right.

• Wearing seatbelts where fitted is compulsory, but many locals ignore this rule. Don’t be tempted to emulate them.

• Children under ten must not sit in the front seat.

• Drink-driving is a serious offence. A blood-alcohol level of only 0.05% means a heavy instant fine, and over 0.08% is a criminal offence and can lead to imprisonment. The police sometimes set up random breath-testing checkpoints.

• Vehicles coming from the right have right of way, even on roundabouts.

More Goats on the Road!

Rates in Crete are higher than the European average, but local firms tend to under-cut the major international names.

Minimum age varies from 21 to 25 depending on the company’s policy.

Rates usually include third-party insurance and unlimited mileage, but it is advisable to take out additional coverage for CDW (Collision Damage Waiver) insurance.

Rental companies will usually ask for a deposit using a credit card slip, or in cash.

If hiring in late summer or autumn, it may be worth paying extra for a recognised name such as Hertz or Europcar, whose vehicles probably have a better service record.

All main towns and tourist resorts, and airports, have several car hire companies competing for business. 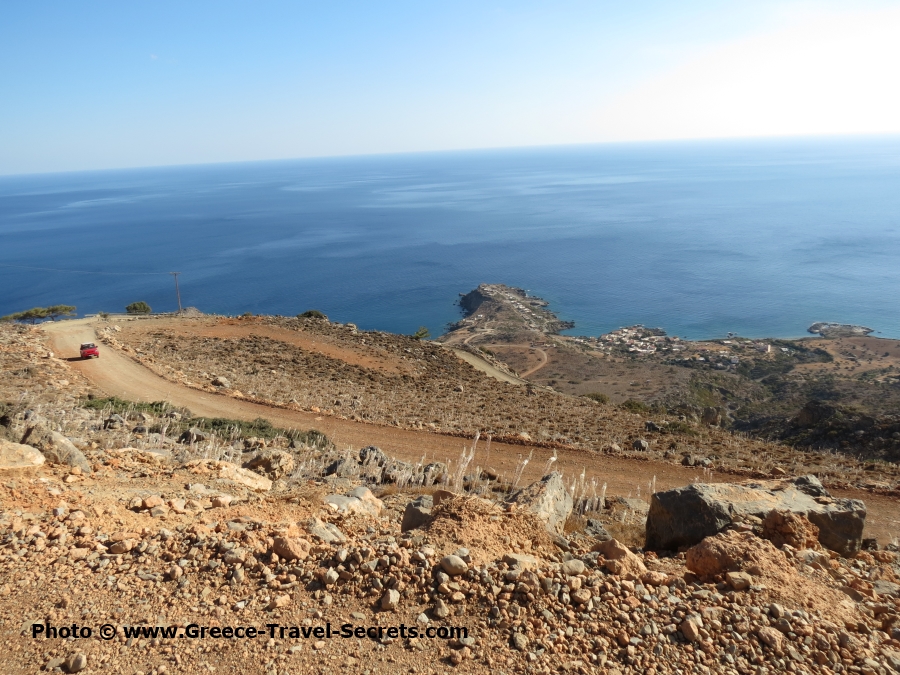 Driving on Crete Has Its Rewards

Taking Your Own Car to Crete

You are allowed to take your own car to Crete for a period of up to six months or until the tax or insurance expires.

Car rental companies will provide an emergency number to contact.

Alternatively, dial 104 for emergency help anywhere on Crete, or dial 174 purely for information.