Where to Eat in Eastern Crete

Greece Travel Secrets recommends where to eat in Eastern Crete including restaurants and tavernas in Elounda, Agios Nikolaos, Sitia, and Kato Zakros. 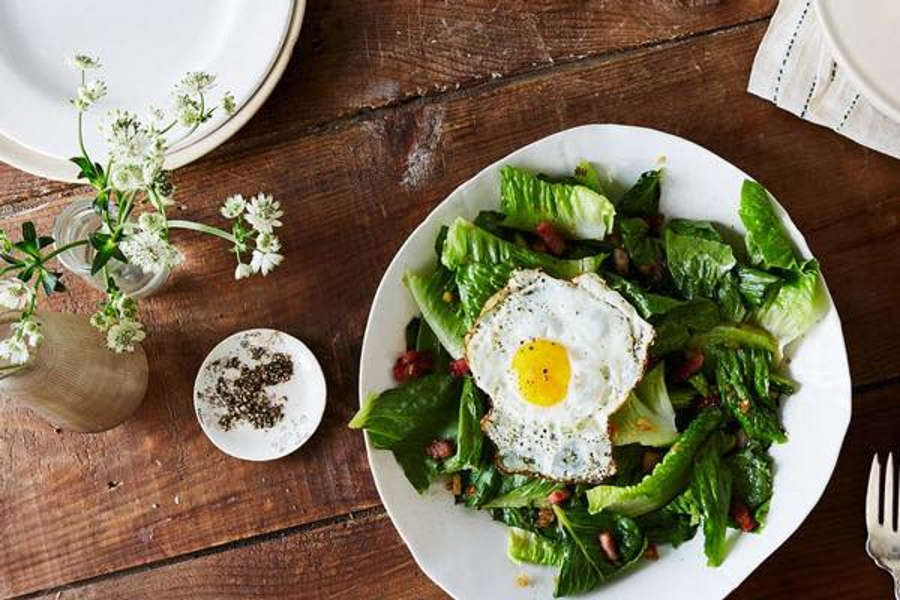 Sample Dish at the Balcony Restaurant in Sitia

The Balcony is a stylish but friendly little place in Sitia with a pleasant entrance on a back street with a pot of hibiscus outside. Here a blackboard lists the daily specials. Upstairs is the one indoor dining room, with stone walls and stained glass around. The unusual menu specialises in a trio of cuisines: Cretan, Mexican and Asian. If you want to sample a mouthwatering Cretan treat, go for their pork tenderloin and mountain greens cooked in filo pastry and served with a sage sauce.

One entrance to this café-restaurant in Agios Nikolaos is on a pedestrianised shopping street, the other by the lake-front where most of the seating is to be found. Being open all year, La Casa is as popular with local youngsters as with visitors, serving simple meals all day, like spinach pies and toasted sandwiches, or proper meals at lunchtime and in the evening. These include chicken dishes, fish, souvlaki and so on, although one tasty and filling speciality is turkey that is stuffed with ham, bacon and eggs and then baked in the oven. 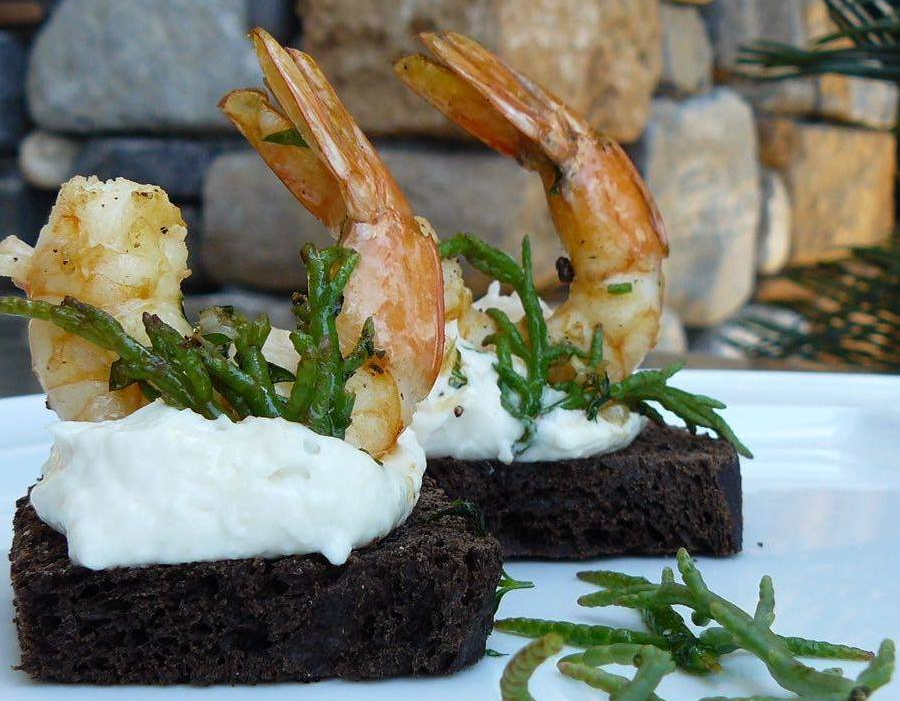 The Ferryman Taverna in Elounda

One of several restaurants in a row at the southern end of the Eloúnda waterfront, the Ferryman is distinguished by its much more imaginative menu. In appearance it is much like the others, with outdoor seating overlooking the water and an indoor room too across the quiet street. However, one look at the menu lets you know that the cooking here is far more ambitious, and among the house specialities are Cretan lamb cooked in red wine and a pork special, cooked with bacon, mushrooms, garlic, white wine and fresh cream. 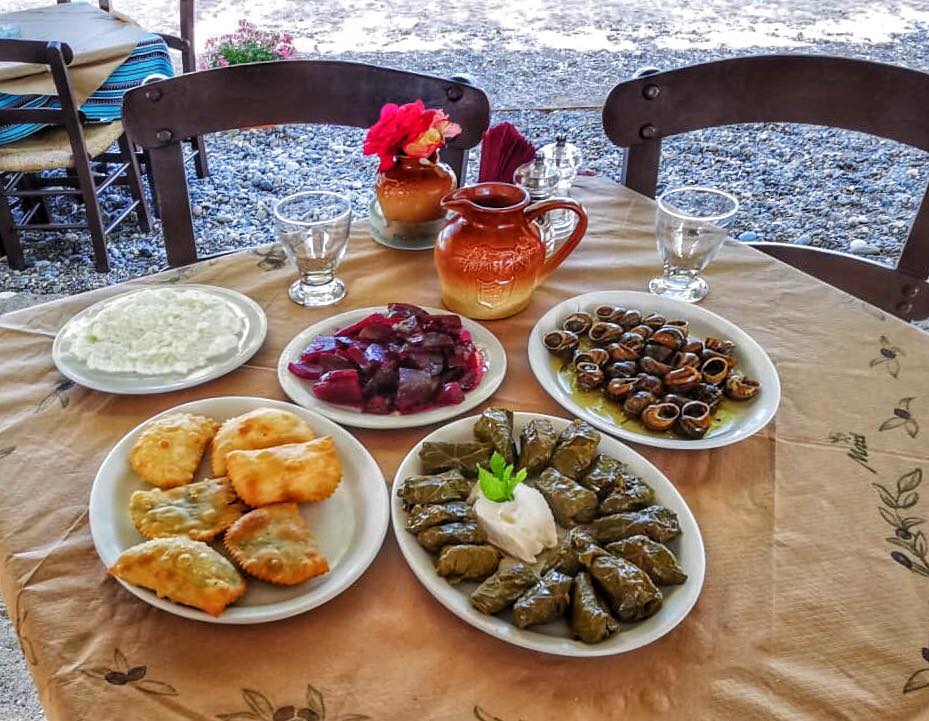 At the Kato Zakros Bay Restaurant

The Kato Zakros Bay Restaurant is a family taverna right by the sea in tiny Káto Zákros, a place for those who really want to escape. It is worth escaping here for the food in this family taverna whose owners also have a farm where they breed rabbits, quail and grouse. Vegetables come from their own garden, and all meals are cooked in extra-virgin olive oil… and it shows. Good local wines too.

Hotel restaurants sometimes disappoint, but the Meltemi at the Istron Bay Hotel is exceptional, one of the best eats on the island, winning awards for its imaginative cuisine. Non-residents are welcome to enjoy the stylish dining room overlooking the sea through a wall of windows, reached by a path through the hotel gardens. Booking is advised, whether your taste is for seafood or hearty but subtle meat dishes. Extensive wine list too.

The Pelagos in Agios Nikolaos can be spotted by the fishing boat outside, and its beautiful shady palm-filled courtyard where the tables stand on a stone floor. Inside there are several small, intimate rooms with bright blue and yellow paintwork. Food is served all day although you are welcome to sit just for a drink and a nibble. Seafood is the speciality, including octopus, mussels and of course the catch of the day, but meat-lovers and vegetarians are also well catered-for. 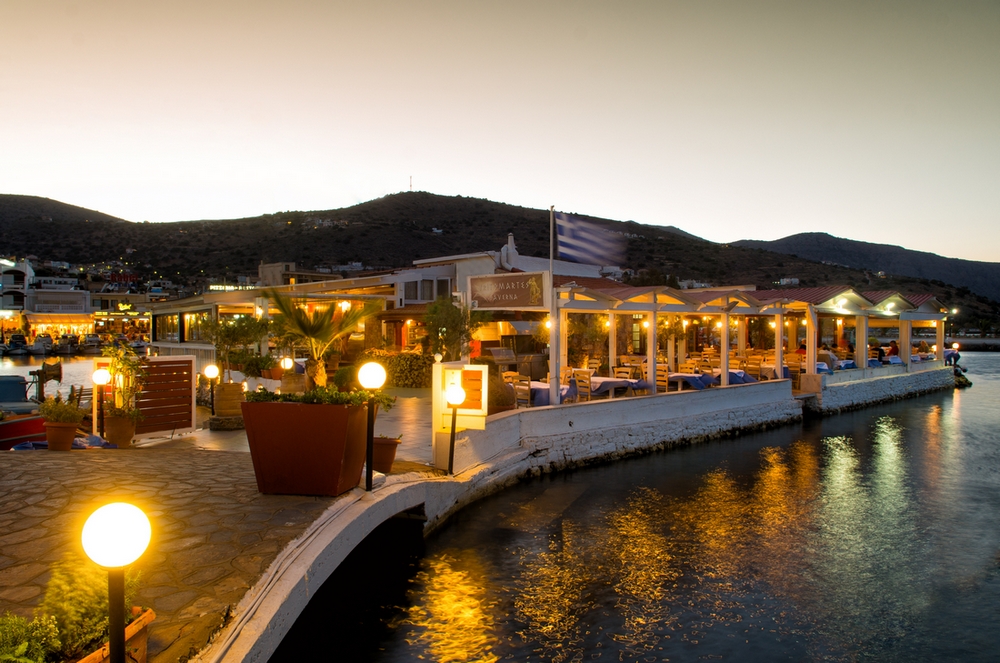 The Vritomartes Restaurant in Elounda

The Vritomartes is an unmissable seafood restaurant out on the breakwater in Elounda with its name emblazoned on the side in huge letters. There is a pleasant seating area overlooking the water, and before you get there you will pass the water tank containing the fish and lobsters swimming around. The menu is vast, and not confined to seafood, but it would be a shame not to try the more imaginative dishes, even if they might push the price up a little.