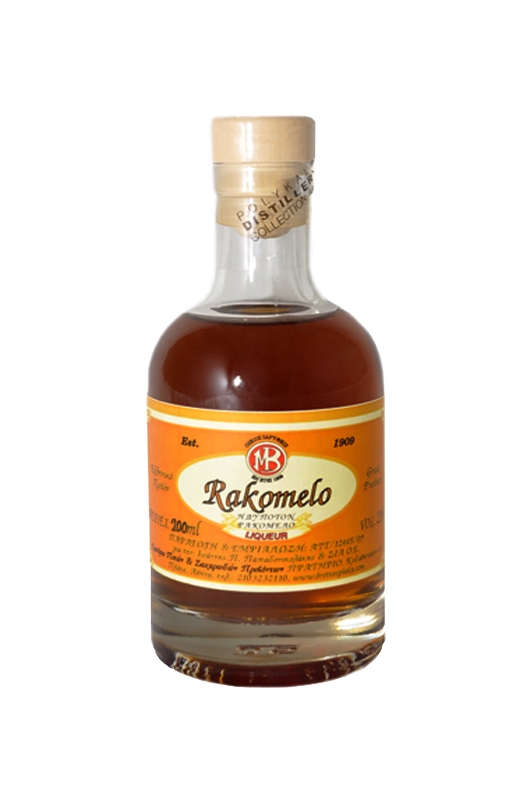 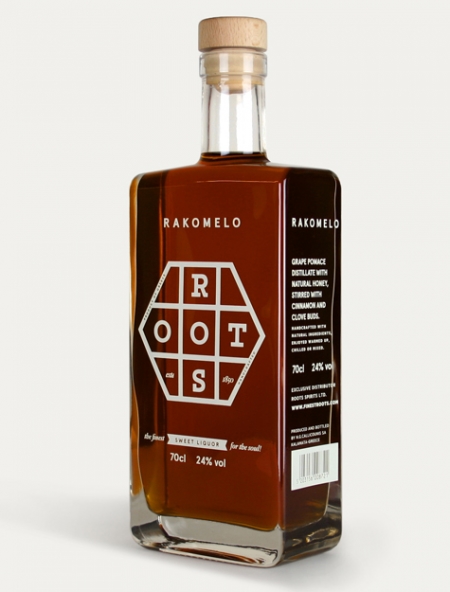 On a recent trip around Crete with www.gocrete.net we discovered lots of new Crete treats including petimezi and, here, making rakomelo.

If you know any Greek you can figure out that rakomelo combines raki with meli: raki and honey. So it's a sweet alcoholic drink, flavoured with spices, particularly cinnamon. Everyone has a slightly different recipe, and it's made on several Aegean islands, on the Greek mainland and also on Crete.

We wanted to learn more about rakomelo, so our guide Isidoros from www.GoCrete.net tracked down Jorgos Kourmoulis. Jorgos makes rakomelo for his family and friends but his recipe is so good that a company in Canada wants him to go into commercial production to make rakomelo for them.

We met Jorgos at his sister Niki's café, the Mylos Café, in the village of Agouseliana, about a half-hour south of Rethymnon. It was early evening and we were on our way to Agiroupoli, where we were going to spend the night. This being Crete, Jorgos of course poured us some raki to clink glasses, and Isi translated as Jorgos shared his rakomelo secrets.

'First,' he said, 'you have to find good quality raki.' The raki we were drinking was super-smooth so it's obvious Jorgos had found a good source.

'After the first distillation you put the raki in the same pot and you add the dried herbs. During the second distillation the herbs give all the extracts. Before you use the herbs they have to be dried in a shady and well-ventilated place, not in direct sun. But they have to be cut at the right moment, when they have the flowers. Each herb is collected at a different time, from early June to early September. Another important thing is that when you cut the herbs the moon has to be in the growing stage, waxing, because then all the important elements are in the herb, not in the roots.'

Jorgos uses a recipe from Agouseliana, which calls for various herbs that Jorgo picks in the mountains around They include thyme, salvia, a kind of mint (mentha pulegium or pennyroyal) and another kind of thyme (thymus capitatus). After the second distillation he stops the procedure when the raki is about 40%ABV and is still warm, but not hot, and this is the time to add the honey, which is mainly thyme honey.

'If it's not warm the honey won't mix,' he says, 'and if it's too hot you lose the flavour of the honey.'

It's also now that another vital ingredient is added, Ceylon cinnamon, which also helps to give the drink its brandy-like colour. Jorgos explains that Ceylon cinnamon is eight times more expensive than regular cinnamon, but it's vital to get the best quality. Some makers use cheap cinnamon to cut costs, and some even use cinnamon flavouring, but Jorgos wants the best rakomelo he can produce. With the addition of the cinnamon stick and honey, Jorgos leaves the mix for 20-30 days. Then when it's clear it's ready to bottle.

'It's a superfood!' he tells us. 'The grannies of the village would drink a glass every morning and they live for many years. They also have a glass when they come back from working in the fields, especially when they're wet and they're protected from the cold. French scientific research that has been done over about eight years says that thyme can kill bacteria from the body within one minute, especially for deep diseases of the lung and bronchitis.'

At the moment Greek regulations mean that Jorgos can only produce 100 kilos for family and friends before it's regarded as a commercial production and all kinds of rules and expenses come into play.

'Two years ago,' he explains, 'the Greek state changed the law about distillation and made it very strict and very expensive. If you want to be legal and sell it then you must have a custom licence. To get the licence you need the proper storage space, and you need to have a special machine so you can print on the bottle which cannot be removed. The cost of this machine and the storage and the licence is about 100,000 euros. This is just to start. Then you have to pay 11 euros per litre in taxes per 100% alcohol. The final proof of the rakomelo is 29-30% ABV so the tax is about €3 per litre.'

Jorgos has spent two years perfecting his recipe, but his perfectionism may be paying off. He sent samples of his drink to a company in Canada that were interested in it, and someone is coming to Athens to discuss it.

'But they want 200,000 litres,' Jorgos says, which is quite a step up from 100 kilos. 'Imagine how much honey you would need! The mountains are full of herbs, and I can get the honey and the raki. The problem is the storage rooms and the cost.'

Despite the hurdles, Jorgos is looking at how to raise the money to go into commercial production.

'In a society that is getting poorer and poorer,' he says, 'two things flourish: gambling and alcohol. In the last few years rakomelo is one of the top choices for tourists to buy.'

He clinks our raki glasses again.

'Yammas! The most important thing is to love what you're doing!'

If you want to try some of Jorgos's rakomelo, you'll find the Mylos Café next to the war memorial in the village of Agouseliana.

Greece Travel Secrets would like to thank www.gocrete.net for arranging the meeting as an additional stop on one of their tours of Crete.