The Diktean Cave, which is also written as the Diktaean Cave, and whose more correct name is the Psychro Cave, is in eastern Crete. It’s just outside the village of Psychro, which is about a half-hour drive (27kms/17 miles) due south of Malia. It is about 45kms/28 miles west of Agios Nikolaos, and takes about 90 minutes on winding mountain roads. 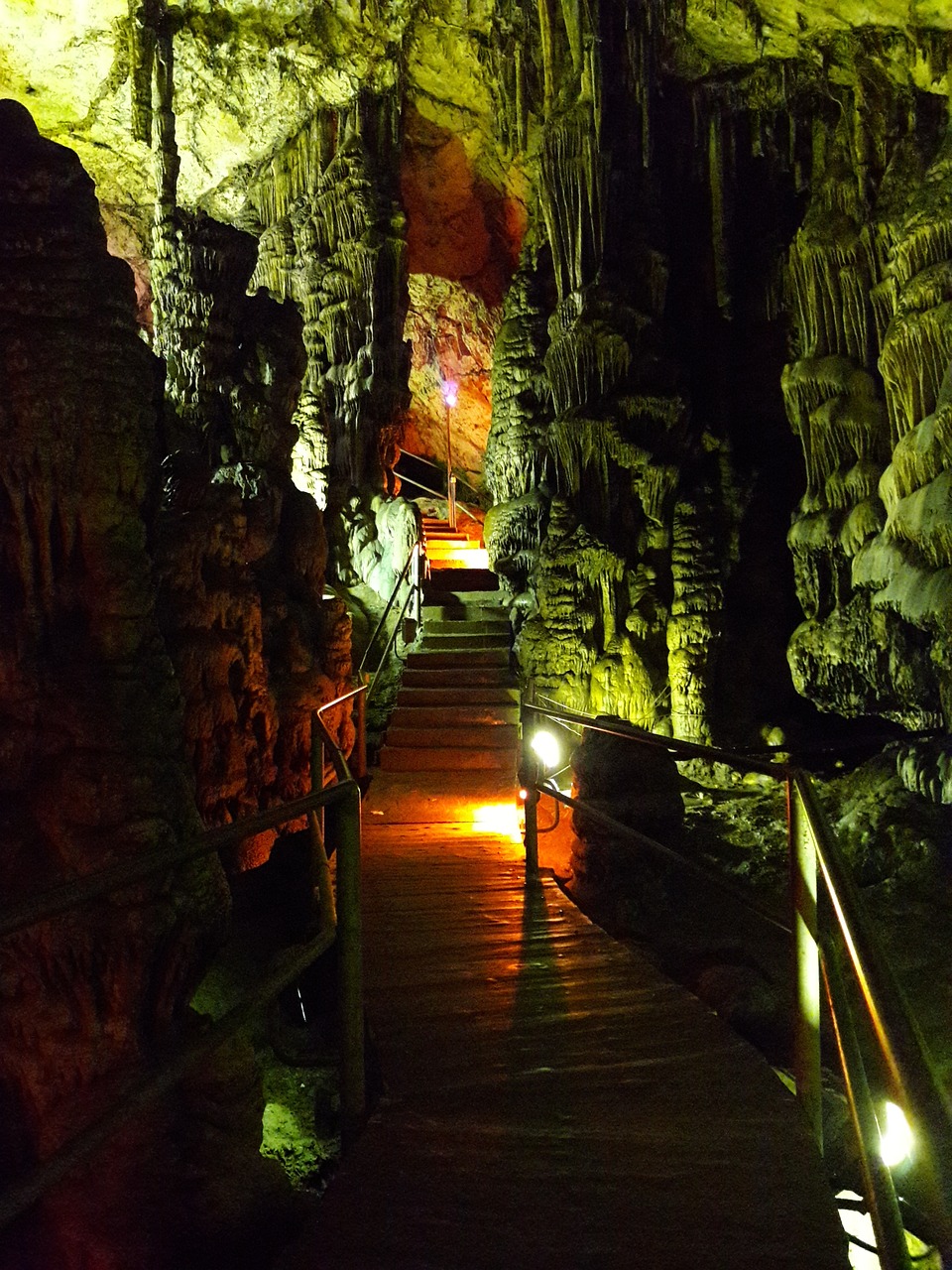 The Birthplace of Zeus?

The origins of the Diktean Cave, in legend at least, go back even further than the Neolithic remains found at the nearby Cave of Trapeza. It was here that the goddess Rhea gave birth to Zeus.

Zeus’s father, Kronos, had been told that he would one day lose his throne to a son, and was so fearful of the prophecy that he ate all his children the moment they were born. Tired of having her children eaten, Rhea concealed Zeus in the Diktean Cave and tricked Kronos into eating a stone instead. Zeus did indeed go on to take control of the Universe and become father to all the other Gods.

However, some people say that the Zeus born here was not the same Zeus who later resided on Mt Olympus but a Cretan Zeus, worshipped as a fertility god who died and was reborn each year. 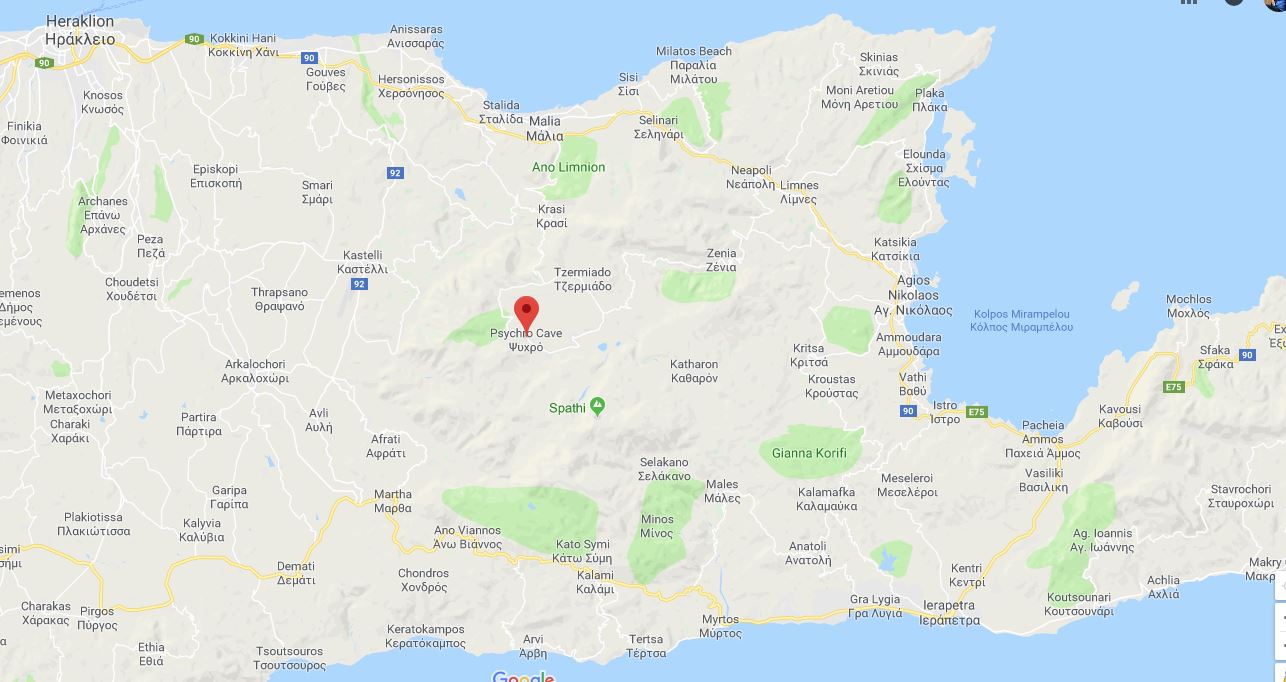 After such grand legends, the reality of visiting the cave can be disappointing, particularly the rather unspiritual way the local villagers do their best to sell you souvenirs and pester you to take a guide. It is a most unGreek experience, more akin to the pestering of vendors in North Africa than southern Europe. You do not need to take a guide, and provided you have your own torch a guide is superfluous as the cave today is like any other show cave, with stalactites and stalagmites, many in unusual shapes which have produced the inevitable names, but these you can spot for yourself without needing paid assistance.

The main chamber is impressive, being some 70m (230ft) deep, and off it are several smaller chambers. At the bottom is a small pool and it is in the chamber off to the left of this that Zeus was allegedly born. To reach the cave you must stop in the village of Psychro and follow the sign up a pleasant track that weaves through oak woods and takes about 15 minutes to reach the cave entrance. Donkeys are always available for hire for those who find the going difficult, but most care must be taken on entering the cave itself, as the steps down are awkward and can be slippery.