Greek feta cheese is the most popular cheese in Greece, usually made from sheep’s milk, with a soft texture and salty taste and used to top off a Greek salad.

It’s impossible to miss Greek feta cheese when visiting Greece. If you order a Greek salad it will almost certainly come with a slab of white feta cheese on top of it. It’s a delicious cheese that is both creamy and salty at the same time, and the perfect accompaniment to the salad and its flavor-filled mix of tomatoes, peppers, cucumber, olives, greens, and onions.

How is Greek Feta Cheese Served?

Feta is so popular in Greece that it is served in a variety of ways, not just with a Greek salad. You can order it as a dish on its own as part of a meze, and if you order saganaki, or fried cheese, chances are in most places it will be feta, although several other cheeses can also be used. And if you’ve never tried saganaki, order it the next time you get the chance. It’s unusual and really tasty. 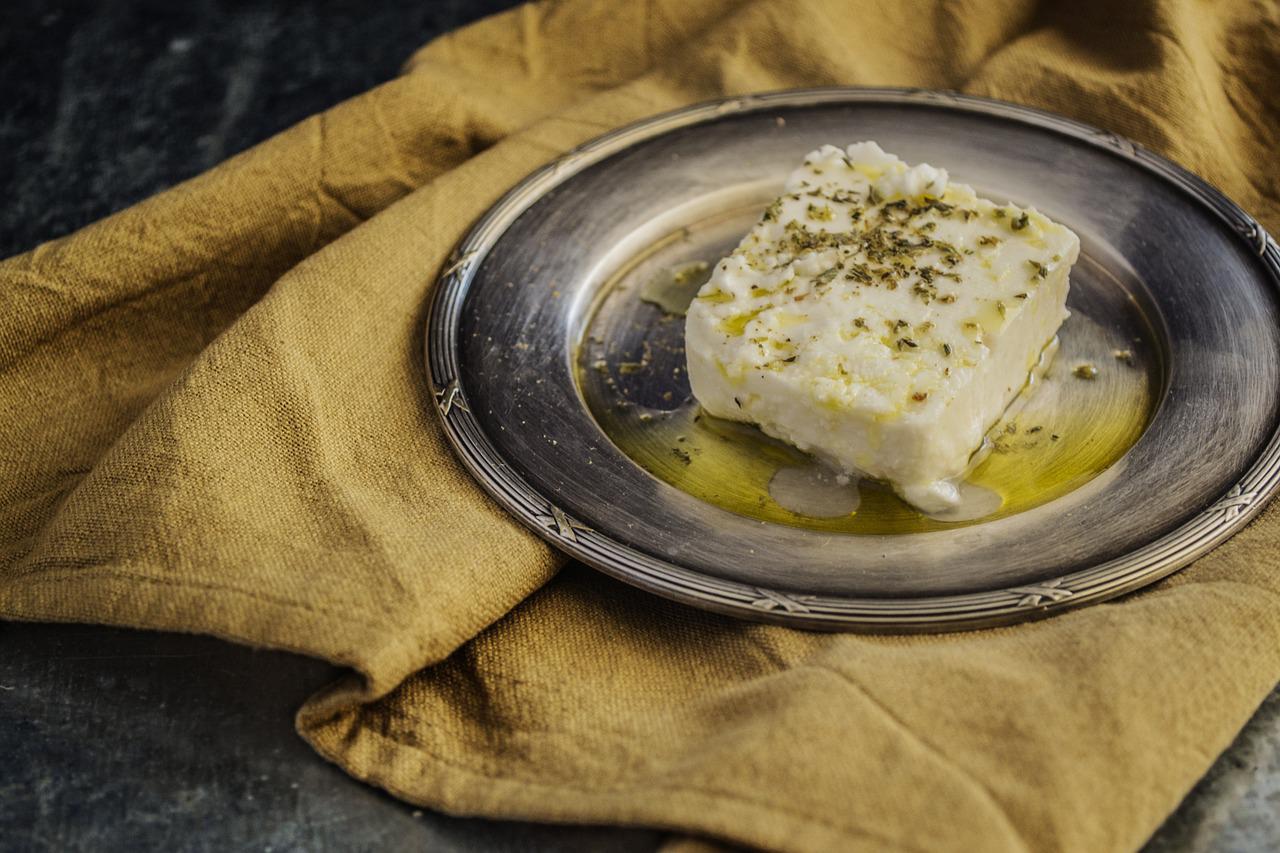 You will also find feta in tyropita (cheese pies) and in spanakopita (spinach pies), which have some cheese included as well. These are two of the most popular street foods in Greece, and we eat them all the time. It’s basically fast food, so some are better than others, but if you find a good one you will keep going back, guaranteed. An omelette with cheese in it? Yes, that will almost certainly be feta too.

How is Greek Feta Cheese Made?

The milk is heated then cooled, when rennet is added. Once it’s solidified, the cheese is put in a cloth bag for the whey to drain away. The cheese is then cut up and salt added, and left to mature for several days. After this, the cheese is then put into brine and matured for several weeks at room temperature, and then for two months in a refrigerated but high-humidity place, though these things can vary from maker to maker. You then have feta cheese! 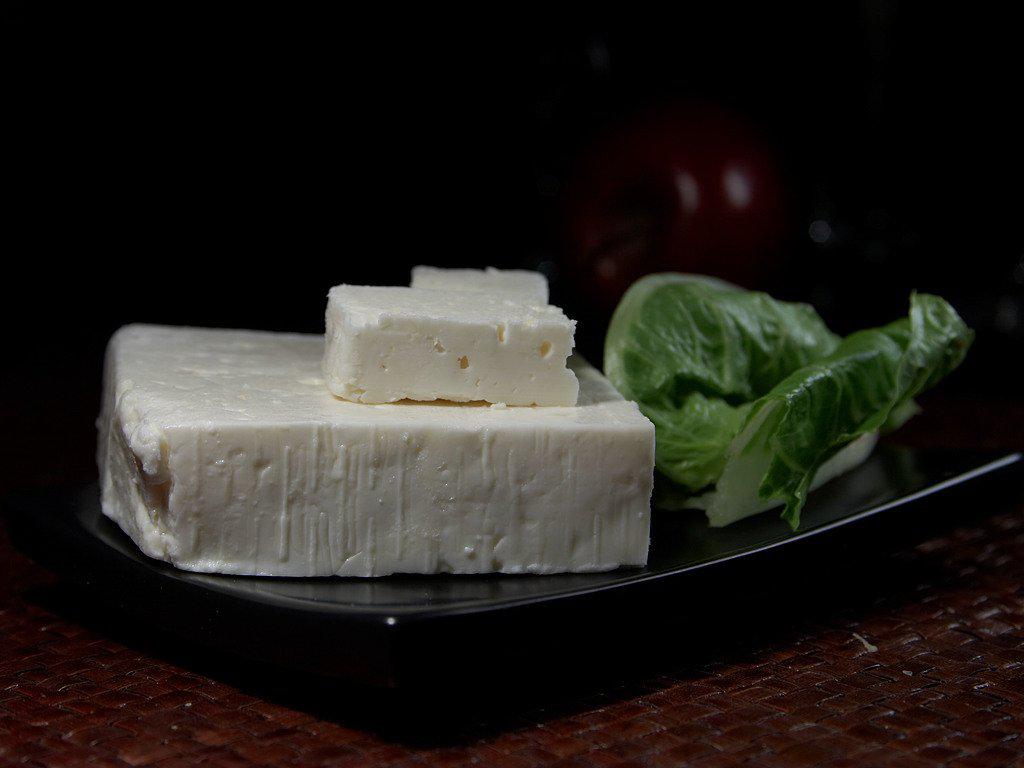 Where is Greek Feta Cheese Made?

Feta cheese can be made anywhere in the world, and is made from Armenia to Vietnam. That’s because it is a fairly straightforward cheese to make, using simple and available local ingredients, and it goes well with a wide variety of food. However, some historians say it probably originated in Greece.

Within the EU (European Union) Greek feta has a Protected Designation of Origin (PDO). In other words, you can’t make the cheese outside Greece and call it Greek feta cheese, even if made in the Greek style. In Greece it’s made across much of the mainland, and in some of the islands, the most notable being Lesbos, which is especially renowned for its feta as well as its wonderful ouzo.